11 Narcissist Gaslighting Examples And Toxic Phrases They Always Use 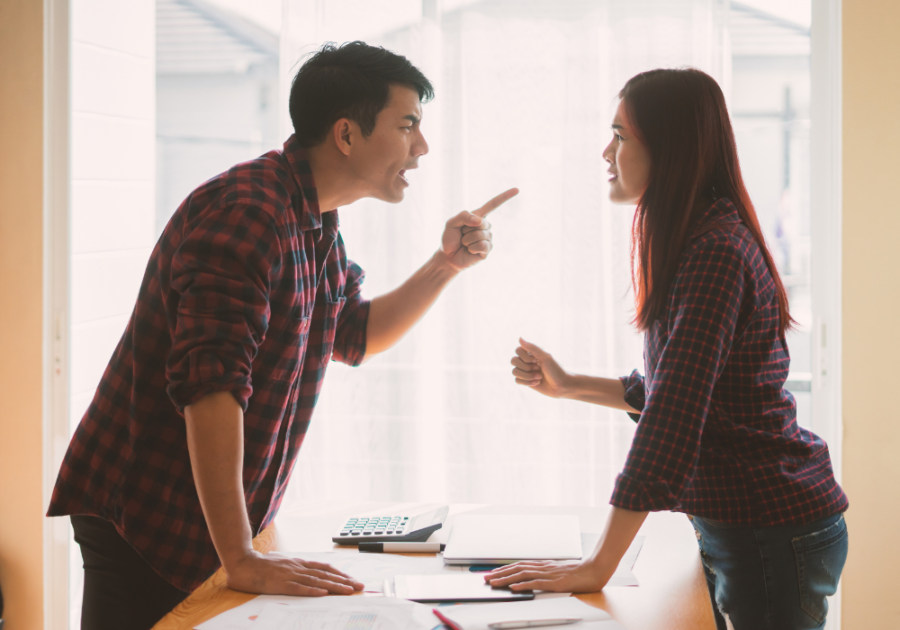 Do you know someone who always makes you feel like you’re the one in the wrong, no matter what?

Chances are, you’re dealing with a narcissist.

Narcissists are masters of manipulation, and they use a technique called gaslighting to make their victims doubt their own sanity.

It’s valuable to read examples of narcissistic gaslighting and learn the toxic words they often use so you recognize what’s going on as soon as possible.

If you see these behaviors in someone close to you, it’s time to make some changes to protect yourself from further harm.

Here are some of the most common expressions that narcissists use to gaslight their victims.

Once you know these manipulative statements, you can prepare yourself with a response.

Did they really say what you thought they said? When confronted, narcissists will often deny ever saying or doing something, even if there’s evidence to the contrary.

They do this to make you question your reality and doubt your memory.

For example, they may say: “I never said I was going to the gym with you; that’s something that you made up in your head to get me to go, even though I didn’t want to.”

What they’re really saying: “Your reality isn’t valid, and you can’t trust your own memory.” Narcissists use this common gaslighting tactic to try to control their victims and get out of their obligations.

Narcissists often use this statement to invalidate their victims’ feelings. If you’re hurt or upset, the narcissist will tell you that it’s all in your head and you’re overreacting.

It is another way to make you doubt your reality and convince you that your feelings are invalid.

For example, they may say: “I was just joking; there’s no need to get so upset about it. You’re so sensitive!”

But if this person said something hurtful to you, who are they to tell you how to react or emote? This is just another way for them to pacify your feelings and let themselves off the hook for being cruel.

What better way to dead-end a conversation and make someone feel stupid than to tell them they just don’t understand?

This comment is designed to make you feel inferior and to give up trying to explain yourself.

For example, they may say: “I can’t believe you still don’t understand what I’m saying. I’ve tried telling you several different ways. You just don’t get it.”

They don’t have any flexibility in their minds that would allow them to see things from your perspective and immediately assume you’re the one missing the point.

It doesn’t matter if you do understand what they’re saying. They will still find a way to make you feel like you’re missing something.

This statement controls the conversation and makes you feel small regardless of where you’re coming from.

Are you being accused of being too serious?

If a narcissist is trying to tell you that you need to lighten up, it’s probably because they don’t like the fact that their antics do not entertain you.

For example, if you’re not laughing at their jokes, they may say: “God, you need to lighten up! It was just a joke!”

They want you to change your behavior to suit them, and they’ll use this comment to make you doubt your reactions. But it’s not for them to decide how serious situations are for you.

The words “crazy” and “hysterical” have been used for centuries to oppress and silence disadvantaged people, particularly women. And narcissists love to use these words to invalidate their victims’ experiences.

For example, if you’re trying to explain what they did that hurt you, a gaslighting narcissist may say: “You’re being crazy! You always overreact like this!”

By telling you that you’re being “crazy,” they’re taking away your sense of identity and making you question your reality again.

Because if someone feels crazy, they can’t rely on logic to come to rational conclusions.

If you’re afraid to bring up a past hurt because you don’t want to upset the narcissist, they may have used this statement to try to silence you previously.

They want you to bottle up your feelings and move on without ever dealing with the pain they caused you.

If you feel hurt by something that was said in a fight and still need to process it, they might shut you down by saying: “Why are you still dwelling on that? You never let anything go!”

In reality, they’re avoiding the topic entirely by judging you and how you “never let anything go.” Whether or not this is true is irrelevant because you deserve to be acknowledged if you bring up something that’s still bothering you.

35 Disturbing Signs of Gaslighting In A Relationship

Is Your Partner Making You Feel Like You’re Crazy? Learn These 31 Gaslighting Phrases In Relationships

7. “You’re blowing this out of proportion.”

This seemingly rational comment is one of the things narcissists say when gaslighting someone in the middle of a fight.

They may say something like: “You’re making a mountain out of a molehill! It wasn’t that big of a deal!”

This statement is simply another avoidance technique. This person isn’t willing to deal with the conflict and would rather sweep it under the rug and move on.

The irony is that they’re the ones who are blowing things out of proportion by making you feel like your reaction is invalid.

Narcissists are obsessed with their image, so it’s only natural that they would accuse you of jealousy when you’re not fawning over them.

For example, if you call them out on their behavior, they may say: “You’re just jealous because I’m successful and you’re not!”

It’s a way of reframing your words, so they don’t have to deal with an ego blow. These people are extremely sensitive and can’t handle any criticism, no matter how small.

This statement is something that narcissists say when they’ve been caught red-handed.

They may have done something that hurt you, but instead of owning up to their mistakes, they’ll try to deflect the blame by saying: “I’m not the bad guy! You’re the one who’s acting crazy!”

The tone of this comment is crucial. Someone can say it kindly, followed by a request to reschedule the conversation because they are legitimately busy.

But if the gaslighter starts laughing or waves their hand in front of you, they are telling you they don’t care what you have to say. They’ve stopped taking you seriously.

They may say something like: “I don’t have time for this right now; we’ll talk about it later when you’re not so emotional.”

They’re hoping you’ll feel embarrassed or ashamed about bringing it up and taking their precious time. It may throw you off and make you drop the subject entirely.

These cringe-worthy words are the icing on the cake for any narcissist gaslighting conversation.

If you bring up a problem that they said would happen, and it ends up happening, they’ll say: “I told you so!” in a victorious tone.

They take pleasure in being right, even if you suffer in the process. Not only does the person distort the story, but they also get a dopamine reward for being right, something that’s very important for narcissists.

How to Deal with Narcissist Gaslighting

What can you do to protect yourself from things narcissists say when gaslighting?

If you’re in a relationship with a narcissist, it’s essential to get out as soon as possible. These people are toxic and will only bring you down.

You deserve to be in a healthy, supportive relationship where you can be yourself without fear of being manipulated and treated poorly.

If you have family members or coworkers who are gaslighters, removing yourself from the situation may be more difficult.

In these cases, it’s important to maintain firm boundaries and not allow them to manipulate you. Remember that you have a right to your own experiences and feelings, no matter what anyone else says.

If you’re struggling with the effects of gaslighting, know that you’re not alone. This type of emotional abuse can be very damaging, but there are a few things you can do to protect yourself in these environments:

These are just a few examples, but there are many more ways to act or respond to gaslighting. The most important thing is to remember that you deserve to be treated with respect and kindness.

The more you ignore or accept the behavior, the more comfortable the narcissist feels in abusing you.

It can be hard to understand why someone would gaslight another person, but it’s important to remember that it’s not your fault.

You didn’t do anything to deserve this treatment, and you don’t have to put up with it.

So next time you doubt yourself or question your reality, remember these eleven examples of narcissist gaslighting. If one fits the bill, you might be dealing with a toxic individual trying to control you.

Don’t let them win. Stand up for yourself and get the support you need to protect yourself from this type of emotional abuse.