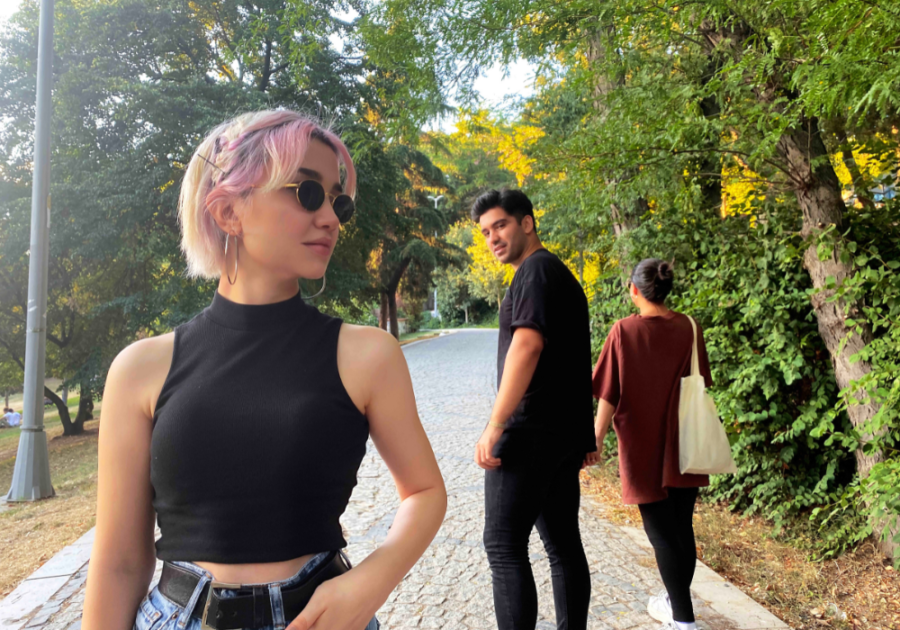 Have you seen the adorable social media videos of dogs wanting to go outside, so they can come right back in again?

But it’s less than amusing when your man gives the same mixed signals.

Pulling you closer only to push you away can leave you hurt, confused, and insecure.

And like a dog, your guy wants to mark you as his territory, even when he’s made it clear he doesn’t want a relationship.

It’s really messed up, and you don’t need to stand for it.

Why Is He Sending Mixed Signals?

Mixed signals can be legitimate or a fabrication of your mind. Sometimes, there’s a little bit of both.

There are three key reasons you might notice mixed signals.

Your generation will significantly impact the importance of having a dating title or understanding each other’s boundaries.

GenX daters are more likely to distinguish between dating and exclusivity, while Millennials and Gen Z have blurred those lines. However, the warning signs are all the same.

Maya Angelou said this best, “When someone shows you who they are, BELIEVE THEM!” If he tells you he wants to meet your family but has an excuse three times in a row for bagging out, then it’s clear his words and actions don’t match.

If he tells you he’s never felt this way before yet won’t commit, he’s confusing you while keeping you on the hook. Actions speak louder than words. But only always.

2. He Ghosts You Often

You just had the best date ever, yet it has been a week since you heard from him. He agreed it was a great date, so what gives? He could’ve been out exploring other options. He could’ve been busy.

Just when you are ready to delete his number and block his social accounts, he comes back with an amazing excuse. If this happens more than twice, he’s playing you.

3. He Won’t Answer the Question, “Are We Dating Other People?”

You want to level the playing field at this point, right? You just want to know if it’s okay to date other people or if it will ruin a good thing with him.

Before you delete your dating apps, remember that this is YOUR decision.

You should decide if you are going to date other people. Don’t ask him. Tell him, either way, what you choose. If he’s obtuse about this question, you already have your answer, even if it’s one you don’t like.

4. He Has a Lot of Female Friends

When you see his social posts with other women, this is a tricky mixed message, yet he claims they are all friends.

Is he letting you meet these female friends? Does he leave the room to talk to them on the phone? Is he also posting photos with you on social media?

There’s nothing wrong with having friends of the opposite sex, but you should feel confident about where you stand in any dating situation. Especially if he’s giving you flack for a photo with your best male friend.

5. He Has Moving Deadlines

This is a masterstroke when it comes to committing without committing. He might tell you, “Let me get through this project at work.

Then we can spend more time together.” However, there always seems to be a new reason why he can’t have “the talk,” and you’re left in limbo.

Too often, women miss that the lack of an answer is the answer. Plus, any man who is into you won’t let work, the holidays, family obligations, or a nuclear missile attack keep him from giving you the attention you deserve.

6. He Has No Idea What He Wants

Unfortunately, ladies, this is when we tend to over-analyze his every move. If he’s honest about what he wants and doesn’t want at that moment in time, believe him.

It doesn’t matter how ready you are for the romance. You’ll pick up mixed messages if it’s not a two-way street and only see what you want to see.

7. He’s Watching Your Every Move Online

Raise your hand if you’ve ever been out of touch for more than two to three days, but he’s still “liking” every one of your posts or commenting about every Tweet.

It’s a great tactic to keep you baited because he’s interacting in some way but not in the way you prefer.

There should be support groups and t-shirts for “He left me on read.” This guy will get your text messages as soon as you send them and can confirm by the “READ” word below it.

Yet he doesn’t respond for hours, if not days. He knows this is going to intrigue you and keep you guessing. Maybe he forgot during a night of gaming with the guys, but if it’s often happening, address it.

9. He’s Getting the Milk for Free

Your mom or grandmother were right, to an extent. If a man gets all the benefits of a committed relationship without committing, he isn’t in any hurry to move things forward.

You shouldn’t act like a committed partner until you are in a committed relationship. If you pull back, he’ll be forced to make a decision.

Just because you’ve been intimate with someone before doesn’t mean you have to continue doing so. There isn’t a “point of no return.”

You can always pull back, but don’t send your own mixed message. Be honest about why you are doing so.

Want To Know What Turns A Guy Off? 21 Actions That Can Send Him Running

101 Heart-Melting Pick-Up Lines To Win Over Your Crush

Women are so attuned to vibes and side comments, yet we can easily ignore them when we don’t like them.

If your guy is repeatedly dissing marriage or talking about failed relationships and how that will “never be him,” he’s not double-dog daring you to be a better partner.

He’s sending a message he doesn’t want a committed relationship. Could that change? Sure. Should you bet on it? Nope.

If you repeat any of the mixed-message behavior he gives to you, he’s suddenly very interested again. It’s because you’ve started a new episode of “The Hunger Games.”

Maybe you agreed that you would date other people, but when you dare to actually date someone else, he’s mad.

He might lay a guilt trip on you with phrases like, “I know we said we’d date other people, but you went on a date the next night! Did you sleep with him? Are you going out again?”

When it turns into an interrogation, you’re trapped in the land of double standards.

When a man realizes he can win you back or calm down your suspicions with a passionate night, you might see more emphasis on your needs.

If a guy only gives Olympic-level organism attempts when your relationship is on the fringe, he’s using sex to lure you back in.

When we’re dating a person with long-term potential, we will become vulnerable and share secrets.

We’ll confide in the other person as advancing rates while the relationship blooms.

If you’ve been dating someone for more than three months and don’t know more than you could find on his LinkedIn page, you’re likely involved with someone keeping you at arm’s length.

15. He Love Bombs and Discards

This sequence is the hallmark of a narcissist. Your attention fuels his ego. If you start to pull away due to his mixed messages, he’ll “love bomb” you and be the guy you fell for.

As soon as you try to establish a boundary, he’ll “discard” you and seek another source of ego-boosting fun – but still make it clear he doesn’t want you to date.

Unfortunately, you can’t convert a narcissistic to a long-term relationship unless you sacrifice all boundaries. Run as fast as you can from this mixed-messages master.

First, you must ensure this isn’t the start of stalker behavior or mental instability. Fans of the show “You” got a reality check on how a man who seems perfect can be a scoundrel.

Second, you must decide if you want to play this game.

Another perspective on this involves the one thing missing from the mixed messages: communication. When we’re left to interpret actions or become wishy-washy by his grey-blue eyes and 6’3 stature, we forget to stand our ground and communicate our concerns.

Boundaries and communication are critical when dating someone, so you can avoid mixed messages.

If you see he lives for the thrill of the hunt but not the monotony of a lazy weekend binging television and getting to know each other, it’s likely not worth your time.

Remember the old-but-true line of “He’s just not that into you,” and you deserve someone who is totally into you.