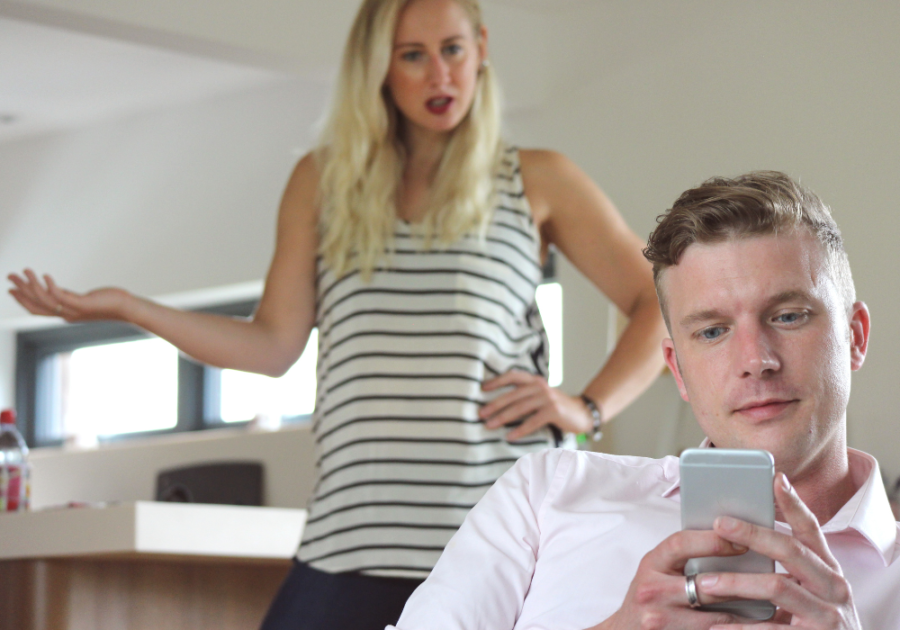 Infidelity is a devastating experience that usually causes a lot of emotional pain, hurt, and confusion.

It can be tough to make sense of when you thought your relationship was strong and healthy.

Whether you’ve been affected by infidelity or are just curious about what drives some men to cheat, this article will provide informative insights into the three types of men who have affairs.

Read on to better understand the motivations and patterns associated with each type of male.

Why Do Men Have Affairs?

Exploring why men have affairs is a complicated and tricky endeavor, involving considerations around psychological and emotional states, cultural influences, and sometimes even physical needs.

It is important to remember that no two affairs are ever completely the same; that is to say, the underlying causes of each affair can vary drastically between men and even from one affair to the next.

However, there are a few common reasons why men have affairs. These include:

3 Types of Men Who Have Affairs

While it’s hard to predict when a man will have an affair, some recognizable patterns exist among men who cheat.

Here are three types of men who tend to engage in extra-marital affairs:

This man loves the thrill of the chase and the excitement of a new romance.

He craves attention, flattery, and admiration from women, and his relationship with them often has more to do with physical pleasure than emotional intimacy.

Warning Signs of the Womanizer

It’s easy to fall into the trap of a womanizer, as they come off as really confident.

They know how to talk their way into your good graces or be plainly manipulative. As such, they can easily convince you that you are reading too much into their behavior.

The womanizer will often flirt with other women right in front of you and expect no repercussions.

He’ll be overly complimentary, constantly referring to other women as “hot” or “attractive” even when you’re around. They try to normalize their behavior by making it appear as if what they’re doing is perfectly acceptable.

The womanizer will also have a lot of sketchy friends or acquaintances who can vouch for him, and they’ll be all too willing to talk up his “good qualities.”

He’ll also be prone to disappearing, as he needs his alone time to go and pursue other women.

The opportunist cheats because he sees an opportunity to do so.

In most cases, this man doesn’t feel trapped by his current relationship. He’s driven by impulse, not calculated thought or any deep feeling of dissatisfaction or unhappiness.

As such, he often moves on quickly once the experience is over.

Some of the scenarios where an opportunist might act include:

Warning Signs of the Opportunist Cheat

One of the most challenging types of cheaters to spot is the opportunist, as they lack consistency and won’t necessarily be unfaithful regularly.

Typically, the opportunist won’t be locked into any sort of routine. He might come home late from work for no good reason or have sudden cancellations of plans with you that he can’t explain.

He might also be more eager to go out and socialize than usual, leaving you feeling like a third wheel.

He may even start dressing better or buying new clothes without explanation, which could signal that he’s trying to impress someone else.

The unhappy cheater is a man who feels that his current relationship isn’t giving him what he needs.

He may feel emotionally neglected or underappreciated, leading to him seeking recognition elsewhere.

Often the unhappiness has built up over months or years and eventually causes an emotional break within the relationship. He believes another woman can give him what his current partner doesn’t.

Some of the common reasons offered by the unhappy cheater include:

Warning Signs of an Unhappy Cheat

Do you notice your partner becoming distant, uninterested in spending time together, or generally not engaging in the relationship? If so, this could signify that he’s searching for something more elsewhere.

He may also become increasingly critical of you and your relationship as if it’s constantly on trial – pushing you away to justify any potential cheating before it has even occurred.

Pay attention to his phone habits, too, if he’s always on it and won’t let you near it or if he takes a suspicious interest in deleting his text messages or emails.

Unfortunately, this is also the type of man who can become aggressive or violent as he no longer feels connected to the relationship and has become emotionally detached.

Is Your Guy Pulling Away? 11 Smart Ways to Turn the Tables on Him

Is Your Marriage Over? 9 Clear Signs It’s Time To Move On

Are Text Breakups Ok, Or Do They Make You A Coward?

Given that many types of cheaters exist, it’s nearly impossible to come up with a one-size-fits-all list of warning signs of cheating.

That said, there are some things to look out for.

It’s important to remember that these are only warning signs, and they don’t necessarily mean that your partner is cheating.

If you’re worried about the state of your relationship, it could be a good idea to talk openly with your husband and ask him directly what’s going on.

Understanding Infidelity from a Man’s Perspective

Men often tend to view infidelity differently than women do. For some men, it is often less about emotional connection and more about a physical act.

This attitude doesn’t mean that men don’t have the capacity or ability to form emotional connections, but it may make them more likely to compartmentalize their emotions and stay in a relationship while they pursue other partners.

In some cases, men might even turn to infidelity to deal with feelings of insecurity or low self-esteem.

They might feel more desirable or attractive if they can attract and maintain relationships with other women, even if it is only a physical relationship.

It’s important to remember that infidelity isn’t caused by gender but rather by the individual’s choices and values.

Understanding this can help both men and women to be better equipped to handle the situation if it arises or prevent it from happening in the first place.