Are You A Sigma Male? 9 Tests To Help You Know For Sure 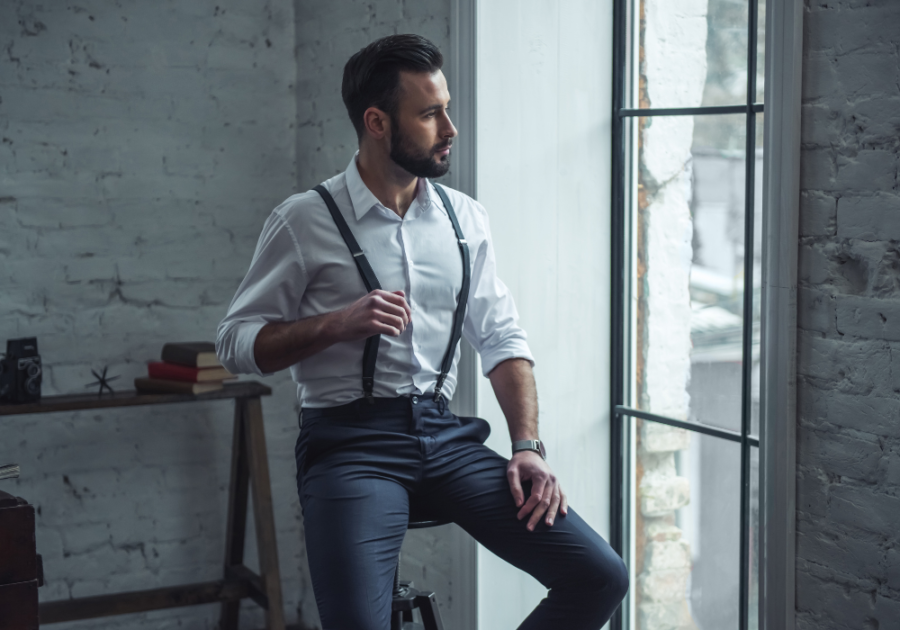 The range of male personality types is daunting – but they can help you know yourself better.

Most people are familiar with the concepts of Alpha and Beta males and their characteristics.

These established and studied traits define a man’s personality and many of his behaviors.

However, in recent years, other trait categories have emerged.

And while they are not backed by hard science, they give us insight into different male personality types – offering clarity on the sometimes unexplainable male.

While the sigma personality designation is not a proper psychological trait, there is growing anecdotal evidence that the grouping has some validity.

Several modified personality tests are available online to determine if you are a sigma male.

Why You Should Take a Sigma Male Personality Test

Sigma males are often referred to as loners or wanderers. In many ways, a sigma is considered superior to an alpha male because they have relatively high emotional intelligence and sufficient leadership qualities.

While alpha males are aggressively dominant, sigmas are more relaxed in their approach to social interaction.

And the only authority or leadership they seek is their own.

Taking a sigma male hierarchy test may help identify some of your quirkier traits if you don’t seem to fit into any other category.

These online surveys provide helpful insight into the who and how of your actions.

Some positive traits of a sigma male include:

If this sounds like your personality or that of someone you know, taking a short online test can be helpful.

9 Of The Best Sigma Male Tests

A sigma male is comfortable outside the typical social hierarchy. What makes these personalities so intriguing is that they are as much a behavioral choice, a product of environment rather than genetics.

Explicitly designed for males, the Quiz Expo: Sigma Male Test is a set of online questions intended to reveal the likelihood that you are a Lone Wolf – another descriptor for a sigma.

Like the ”Men Type Test, this test provides insight into how your traits affect your personality.

Are you interested in your overall personality? If so, there are professional assessments designed to provide valuable personal insight.

These evaluations provide a starting point for those who wish better to understand their actions, motives, and themselves. Psycho-Tests.com has compiled a list of scientific tests to evaluate behavior and tendencies.

3. Sigma Male Test: Are You a Lone Wolf?

This enjoyable 15 multiple-choice (retail-ad-supported) questionnaire claims to be highly accurate in determining your Lone Wolf status.

Questions include differentiating between intelligence and intuition as one’s most valuable asset or overall level of satisfaction to determine if you are a sigma male.

4. Friday Trivia: Are You A Sigma Male?

In their test, Are You a Sigma Male, Friday Trivia asks 20 questions to classify a man’s personality as alpha, beta, gamma, sigma, and omega. According to the website, the test, supposedly similar to the Men Type Test, ranks men’s behavior and individualism.

5. Scuffed Entertainment: Are You A Sigma Male?

Scuffed Entertainment’s survey, Are You a Sigma Male, asks 30 questions to determine whether or not you show these behavioral traits.

Like other online sigma tests, the questions are supposed to define a man’s lone wolf status and propensity towards sigma male-ism.

One of the interesting points in this test is that the designers fully admit that the sigma male concept is wholly fabricated, resulting from a viral comment in 2021 by Vox Day.

But testers tout the category as an antithesis of the socio-sexual male hierarchy and alpha male rather than supporting the noticeable sigma qualities – detracting from the usability and validity of the sigma male designation.

6. Quotev: What Male Personality Are You?

The Quotev test, What Male Personality Are You, consists of 20 primarily situational questions. And most of the test contains specific scenarios with questions that ask how you would react in a given situation.

While the results may be interesting compared to other online personality tests, the number of ads on the Quotev site may make this questionnaire more of a fun thing to do rather than a valid test.

7. Marriage.com: Are You a Sigma Male?

Marriage.com’s test, Are You a Sigma Male, consists of 10 multiple-choice questions surrounded by myriad unrelated ads.

This short questionnaire attempts minimal information to predict your underlying personality and behavioral tendencies, including whether or not you are this lone wolf guy.

The U-Quiz: Are You a Sigma Male online quiz is a short 15-question questionnaire. U-Quiz believes a sigma man is unique because his personality combines alpha with other male traits.

Supporting the notion that ladies love a loner, the U-Quiz demonstrates that the sigma male is preferred above all others for being self-reliant, well-versed, and attractive.

The Male Hierarchy Test by IDR Labs is based on male stereotypes and popular archetypes in online culture. Quick and easy to navigate, the online survey consists of 31 questions.

IDR Labs is a different type of test. This unique questionnaire acknowledges the pseudoscience of the sigma guy concept and the internet-driven need for hierarchal categorization of the masculine.

And if taken in context, the sigma male designation can be an informative shortcut for navigating social relationships.

Want to Know the Differences Between an Alpha Male and a Sigma Male?

Ambivert vs. Omnivert: 7 Key Differences In These Personalities

Are You A Sigma Female Personality? 27 Impressive Qualities Of This Unique Woman

Are You Born a Sigma Male?

Sigma males are made, not born, or found in the animal kingdom. They are a product of online culture. And many believe that their definition is a necessary and developed social label giving 21st-century men a masculine identity.

The loner wolf type is the 21st-century answer to the alpha male. But one thing consistently overlooked in the sigma vs. alpha debate is that alpha males are also made, not born.

In fact, according to Dutch-American primate researcher Francis de Waal, male dominance or social hierarchy is not an inherited right.

All male (and female) dominance in the animal kingdom is gained through conflict and group consensus.

So the real question is can someone become a sigma male? To a great extent, yes. Redefining your priorities, learning to listen, and working toward personal growth, will raise your emotional IQ.

However, your core behavior is harder (but not impossible) to change. Adapting may take considerable effort if you don’t like being alone, responsible for yourself, or completely self-reliant.

What Is a Sigma Male Weakness?

Many strengths are attributed to this personality, including decisiveness and self-reliance. But there are weaknesses as well. A man categorized as sigma is most likely a loner; thus, the loner wolf description.

These introverts can be uncomfortable with large groups or people they do not know. Preference for their own company does not necessarily mean they are anti-social or lonely. They are just comfortable in their own skins.

Another weakness is that they are often emotionally unavailable and commitment-phobic. They are wanderers, not wanting to settle down or take emotional or financial responsibility for others.

Here are some more interesting behavioral statements attributed to the sigma personality:

Relationships are often confusing, and finding your place in the social hierarchy is hard. Many people look to simple binary categorization to explain and understand these complexities.

And they turn to five-minute tests to determine their place on the alpha-beta-sigma scale.

Some feel that being one male type is good, while another is bad. Unfortunately, nothing in life is that simple. We are all unique.

But if you have concerns about your behavioral traits, check with a psychologist for an authentic personality test.