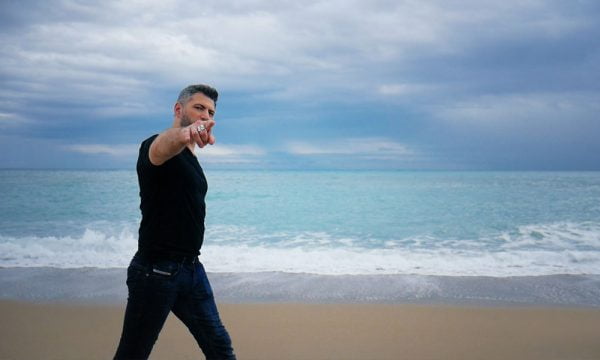 Many people say that money can’t buy happiness, but is it true? We will conduct research immediately. Know that you will like this article because in it you will find:

1. A ton of amazing emotions. (I know how to laugh at myself.)
2. A ton of value.
3. Closeness. (Because I’m the most sincere blogger on the internet.)

Can money buy happiness or not?

To understand if money gives you happiness, you should look at what other people say. I understand I’m the wisest blogger in the world (that’s why I have thousands of fans), but sometimes other people’s opinions matter, too, right?

Grant Cardone is a millionaire real estate investor. He is long beyond 40, so this experienced guy knows how to plant and collect money on plantations. Besides, he loves to talk about it himself, so he has made a lot of videos about it. 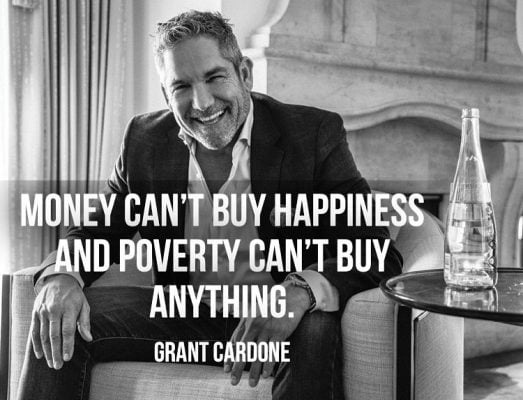 In this video, Grant Cardone doesn’t say that money buys happiness, but he states that poverty buys nothing.

I agree that poverty can buy nothing, but if you don’t have money, you can acquire many things. Do you agree? For example, when I didn’t have money, I was able to start a business as a freelancer. And anyone can do it, even if they don’t have pockets. I think you get the point, so let’s move further.

In the second video entitled “Can Money Buy Happiness? The Truth Revealed”, Grant Cardone states, “If you’re gonna be unhappy, have money to go with it…”

I agree with this phrase, but it doesn’t solve the problem.

Interestingly, in this video, he repeats the word FUN many times. He says you can buy fun. I agree, you can buy fun, but let’s face it—fun or pleasure is not happiness.

Also, fun is related to the word funny. It’s not bad to be funny, but Grant Cardone says that, I quote: “You cannot have fun without money.”

This is an absurd statement. I don’t know why Grant doesn’t know how to have fun without money, and it makes me sad. The quote I created fits perfectly here:

So, I disagree with the inspirational man, Ed Mylett, who once said, “I was happy broke, and I was happy rich, and being happy rich is way better.”

I support this idea.

However, it should be understood that quite often, big money increases the tension. Because there is such a law of money. That is, with money, you always get into a lot of trouble. For example, when you have a lot of money, you must consider how to protect it. Tu norėsi juos teisingai investuoti, todėl teks mokytis investavimo, kas nėra paprasta, nes pirma investicija dažniausiai sudega. Plus, when you have money, acquaintances start to envy you, and friends ask to lend or simply share money. And if you don’t share, they’ll call you a Scrooge. I’m not even talking about situations when a guy, after buying a luxury car, is afraid to leave it at the by-street “God forbid someone scratches it.” But at the same time, it’s naive to say that in the world, there are no millionaires who can solve similar problems. Indeed, there are, and I knew such. I’m talking about people who deal with complicated financial problems with ease, BUT it’s difficult because you have to be able to swim on two surfboards or skateboards. 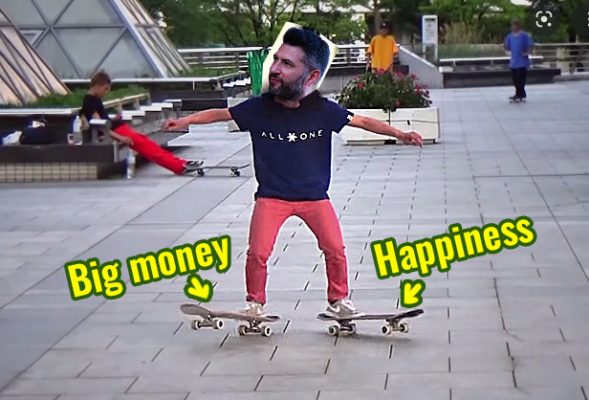 But everything is possible.

Oh yes, I’ve met people who are genned-up emotionally. However, they made money not because they wanted to become happy but because they were already happy. That is, they made money because money was their hobby—a game. In other words, they followed the business path while they were already happy, devoting time to self-development, meditation, and sports every day. Oh yes, I’m talking about those who know how to organize their life—plan their time. As a result, they don’t get distracted and therefore are able to do these things. And others are not, because they are not genned-up. Moreover…

I love talking so much that I forget other people’s opinions. Therefore, I propose to go back to people who have different experiences. What kind of person could this be, m? Maybe let’s talk about Jordan Peterson.

I have read his books and, from time to time, visit his website, which is full of charismatic thoughts.

In the article entitled “Thought Economics: A Conversation with Dr. Jordan B. Peterson,” he states: “Money allows you to do things, to embark on projects, but there isn’t any evidence that excess money past a certain level has any positive effects on ‘happiness’ or general wellbeing. Once you have a middle-class existence, you have almost all the primary luxuries.”

That’s not all. I will share another thought from his article. But pay attention because the text I’m about to share is very important: “Money can’t solve many of the problems that truly plague people. It can’t solve the problems in a relationship between a husband and wife, beyond the narrow economic front. It can’t straighten out the relationships you have with your children—in fact, it can make them worse.”

I like that Jordan talks about the economic level.

Because money mainly solves economic problems. Of course, it can’t be said that money doesn’t influence everything, but that influence has short arms.

For example, when I was little, I thought that if my parents were rich, they would buy me nicer shoes, and I wouldn’t be laughed at school anymore. But the problem wasn’t with shoes. If my parents had bought super shoes, I would have found another problem. But winds would still be whistling in my head…

And what do you think about it, dear reader?

I’m asking you, not Daria from Sacramento city in California.

Answer, what is your opinion?

And my opinion is this: Money can’t buy happiness.

Let’s look at it this way: When you want to buy things or services, you need money. But when we talk about happiness—then you have to STRIVE for it.

In other words, happiness must be created, but it can’t be bought.

Sure, you can buy things to make you feel happy, but it will only last as long as the morning fog.

But if you want to experience long-term happiness, you will have to roll up your sleeves and start working on your mindset; read Alex Monaco’s articles, be interested in positive philosophies, and, most importantly, learn to relax because as many rich people as I have met, they are usually afraid to show emotions. Therefore, not a drop of happiness can be seen in their eyes. Because they are tense.

The rich try to eliminate tension by buying expensive massage therapists and coaches, but this rarely works because the problem lies elsewhere. Why? Mainly in the philosophy that individual lives by.