Do They Even Want To Be Your Friend? 13 Signs They Aren’t Interested 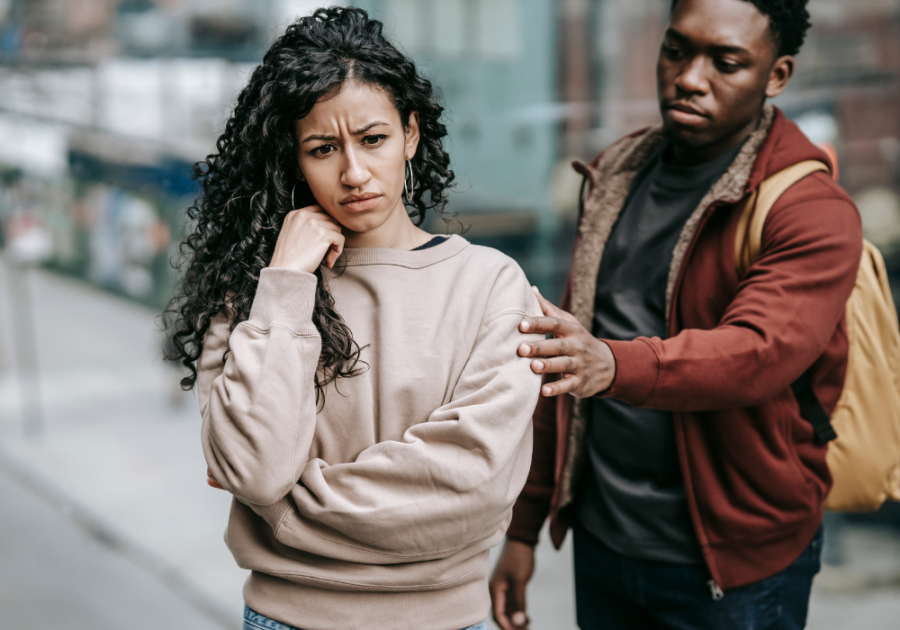 Friends are a vital part of living a happy, fulfilling life.

They provide support when you need it, participate in joyful moments, and satisfy the basic human need for connection.

Unfortunately, not all friendships last forever.

And since most people won’t come right out and tell you the friendship is over, it’s up to you to read between the lines and know the signs someone isn’t your friend.

What Does It Mean If Someone Doesn’t Want to Be Your Friend?

You probably want to assign meaning to someone not wanting to be your friend.

That’s both normal and understandable. But the truth is, no two people are the same, and no two relationships are the same.

It can be challenging to figure out why a friendship doesn’t work out, and you may never really know.

Nonetheless, here are a few common reasons someone doesn’t want your friendship.

13 Signs Someone Doesn’t Want to Be Your Friend

Maybe it’s an old friend or a potential new friend, but you feel like something is missing from the relationship.

You’re unsure when someone doesn’t want to be your friend anymore or how to tell if someone is distancing themselves from you.

These signs can help you figure it out.

Friendships require balance and mutual respect. Both parties are responsible for reaching out and showing interest in the other.

Is it always you who calls or texts first? Are you always the one asking them to hang out? These are a sign of a one-sided friendship and indicate that they don’t think of you in the same manner you think of them.

However, context matters. Before you write them off as a friend, consider what is going on in their life. Are they dealing with personal issues or a stressful work situation that’s likely taking up a lot of their time?

How do they react when you share your goals, dreams, and accomplishments? Do they encourage you and share in your joy?

Or do they minimize your effort or results, claim anyone can do what you did, or try to one-up you? These things point to selfishness and insecurities on their end.

Some people are naturally competitive. While that can act as a motivator to be your best self, friends shouldn’t make you feel like you have to beat them in life.

If it feels like they’re competing with you rather than rooting for you, take it as a sign they aren’t into being friends.

When you chat or hang out, all they talk about is themselves. It’s always about their problem or big news.

They never ask about what’s going on in your life, the projects you’re working on, or your significant other.

And when you bring something up, they find a way to change the subject back to them.

It’s okay that they want to share with you, but not when it robs you of sharing your own happenings. Relationships require give and take from both sides.

If you feel more like a sounding board and rarely get to contribute to the conversation, it’s a sign they’re more interested in themselves than in a relationship with you.

On the flip side of #3, maybe they don’t open up to you or share any personal details about themselves.

Your interactions are very surface-level and lack real connection. They might be okay engaging in casual conversation but seem uncomfortable when you ask about their life.

While it’s normal to take time to warm up to people and trust them, real friends are open to sharing at least something about themselves. Not doing so indicates they have no interest in letting you get to know them.

They may view you as more of an acquaintance than a friend.

5. They frequently cancel on you.

It’s not uncommon for last-minute occurrences to affect plans. People get sick, have family emergencies, and double book themselves all the time.

But if they cancel EVERY time or don’t have a good reason for doing so, they might be avoiding you.

Also, know that just because they make plans doesn’t mean they will follow through. Maybe they felt put on the spot or didn’t want to hurt your feelings.

If they offer lame justifications or the same excuses repeatedly, take it as a sign that they’re not interested in a real friendship.

People make time for what’s important to them.

It’s certainly possible they’re swamped, but never having time for you suggests you’re not a priority – especially if their social media activity shows them out and about with other people.

They might be focused on other priorities or relationships, and that’s okay. It doesn’t mean there’s anything wrong with either of you.

It just means they aren’t a real friend. If they don’t have time for you, move on to those who do.

65 Of The Hardest Questions To Answer

You call, text, and tag them on social media but get no response or find yourself waiting days to hear back. Their silence is deafening and makes you wonder what you did wrong or why they don’t like you.

Being ghosted just plain sucks. It’s painful when someone you thought was a friend vanishes without a trace or continually blows you off.

If this happens, know that there’s nothing wrong with you. It says more about the person doing the ghosting than it does about you.

Find yourself some new friends and move on.

8. You’re the butt of their jokes.

A little teasing is one thing, but constantly embarrassing, criticizing, or making fun of you is a whole different level.

Insecure or just plain mean people often try to feel better about themselves by putting others down.

Explain how it makes you feel when they poke fun at you and let their reaction speak for itself. If they respond apologetically and are more aware of how they treat you moving forward, it was likely honestly misguided intentions.

If, on the other hand, they become defensive and claim you’re too sensitive or respond with more criticism, you can safely assume they’re not a real friend, and you’d be better off directing your energy elsewhere.

9. They’re in a different phase of life.

You probably have friends from all walks and stages of life. Some older, some younger. Some of them work, some attend school, and others are unemployed.

Maybe one of you is married with three kids, a mortgage, and a demanding 9-5 job, and the other is single, creates your own work schedule, and is out on the town every night.

Sometimes you can make a friendship work despite those differences. But sometimes, it’s just not meant to be. If the phases of your life make being friends too difficult, accept it and find friends with whom you have more things in common.

10. They don’t interact with you on social media.

Some people aren’t active on social media or go through phases of being present and absent.

For this sign, it’s best to consider their general online presence first. Do they tag other friends or comment on their posts?

Do they share pictures and status updates about the party they had last weekend, their vacation, or a work situation they’re dealing with?

If their activity is recent enough to suggest they saw the notification about your tag or comment and just aren’t responding, it probably means they don’t want to be friends.

You can’t quite figure out why exactly, but something just doesn’t seem right.

Maybe they seem distant or fail to invite you to parties but include mutual friends. Or you catch them in lies about why they aren’t available or have to cancel plans with you.

They might be polite but not overly engaged, with their responses more formal than friendly.

Perhaps they avoid eye contact, or their body language screams, “Get me out of here!”

Sometimes it’s best to trust your gut. If this “friendship” feels off, it probably isn’t a real one.

Sure, everyone occasionally forgets to reply to a text, but real friends care about what you have to say and want to communicate with you.

That’s not to say they should celebrate every text you send or drop what they’re doing to respond. But it shouldn’t seem like they don’t want to talk to you or are annoyed at your questions or remarks.

Or maybe they don’t totally ignore you, but their side of the conversation is short, distant, and doesn’t invite further engagement.

If they tend to lack enthusiasm all the time, they may not be interested in a friendship with you.

13. They only reach out when it benefits them.

Maybe they do reach out, but their reasons for doing so are selfish. Do they only contact you when they need a ride to Target, someone to cat-sit while they’re away this weekend, or to borrow money?

A true friend knows they can rely on you but doesn’t only consider you when they need a favor.

Try this: Next time they ask for something, find a polite way to decline (say you’re busy or going out of town yourself) but suggest getting together to catch up.

If they get angry or make an excuse as to why they aren’t available, you have your answer.

Losing a friend isn’t easy, especially if it’s a long-time friend. It can negatively affect your confidence and self-esteem if you let it.

But rather than dwell on it or let it bring you down, there are a few things you can do to cope.

Rather than waste your time and energy on someone who doesn’t want your friendship, find healthy ways to accept it and move on. You’re better off making room for real friendships that mutually benefit both of you.