Does It Seem Your Ex Is Waiting For You To Come Back? 17 Clear Signs You’re Right 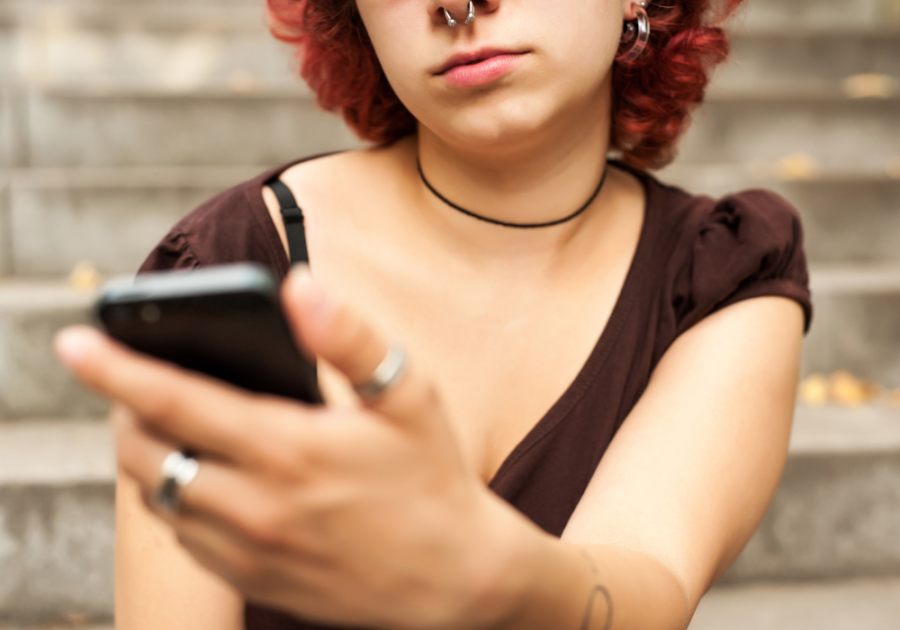 According to a study in Psychology Today, about 60% of people end up getting back with an ex-lover after breaking up.

And there’s a solid chance you landed here because you recently split and are now wondering if there’s a chance you could reunite.

So what are the signs he wants you back?

Situations vary, which will influence your guy’s reaction.

That said, there are several common signals that your ex is waiting to welcome you back into their arms.

Why Is Your Ex Waiting for You?

You’re wondering: My ex hasn’t dated anyone since me. What does it mean?

It could be that he hasn’t found anyone right since the breakup, or it may be a sign that he’s waiting to restart your relationship.

Why do so many couples get back together? Reasons abound. Your ex:

Psychologist Clarissa Silva explains, “while in a relationship, we develop physiological attachments to our partners.”

In other words, we become more bonded to the idea of being with someone than the actual person — so much so that it forms, in Silva’s words, a “neurological desire.”

So before jumping back into the relationship, think long and hard about whether it’s worth the emotional effort.

17 Clear Signs Your Ex Is Waiting for You

We’ve covered why your ex may want to “consciously re-couple.”

Now, let’s look at the signs your ex wants you back but won’t admit it.

1. He Leaves Things at Your House

Why hasn’t he asked for his stuff back?

It’s a classic move. You break up, and he leaves stuff at your place.

You contact him to set up a time when he can come over and gather his belongings, but he always has an excuse why he can’t.

He’s in no hurry to collect his things and exit your life. Keeping some of his belongings in your orbit is like a safety blanket.

Pay attention to what he leaves. If it’s junk he doesn’t want, don’t get your hopes up. He may not care and expects you to deal with his rubbish.

If he leaves important documents and necessary keys, he’s stalling and probably wants to get back together. Don’t hold your breath if he forgets a toothbrush and a pair of underpants.

2. He Doesn’t Return Your Stuff

Have you been asking him to send back stuff you left at his house? Does he refuse to set up a time? You even offer to send an intermediary to pick it up.

But no matter what you suggest, he comes up with an excuse.

If this sounds like your situation, there’s a good chance he’s still open to getting back together.

3. He Keeps the Communication Lines Open

Is your ex still all over your social media? Does he send you texts and links to things he thinks you’ll appreciate?

Does he act like a perfect gentleman when leaving comments on your updates?

Keeping the lines of communication flowing signals that he still has feelings for you, and if you were interested in trying again would likely be open to the suggestion.

However, don’t get your hopes up if he starts dating someone and seems happy with the other person.

He could genuinely like you as a friend and want to keep a platonic bond.

If you send him an email or text and get a response within minutes, he’s probably still into you.

Think about what you do when someone you’re lukewarm on reaches out. Do you rush to answer? Do you let them sit “on read” for a few days?

The only exception is if you ask him when you can pick up your stuff, and he immediately messages back with a day and time when he won’t be around.

In these instances, he’s thrilled you’re separating and wants to get the show on the road ASAP.

5. He Still Updates You

You broke up months ago, yet he still gets in touch when he’s got good news — a new job, a family pregnancy.

What does it mean?

He’s still into you and wants to share his joys.

It happens a lot when he does the breaking up and doesn’t understand the consequences of ending it. He expects you to remain devoted and interested in your life but doesn’t want to commit.

Be careful with guys like this. You’ll get comfortable with the situationship, and then he’ll sleep with someone else and insist you were “on a break.”

Is he static? Does he show zero interest in moving on?

Sure, there’s a chance he’ll stay single for a short time after the separation and play the field — maybe take a break from seriously dating.

But if a year passes, and he hasn’t shown any interest in anybody else, he may still be pinning away for you.

7. He Talks To Others About You

Does he ask about you whenever he bumps into one of your friends? Does he send you messages via intermediaries? If that’s a thumbs up, you’re still at the top of his mind.

Sometimes, he may be negative. Men who got their hearts broken tend to fling invectives to-and-fro.

But in the end, good or bad, if he’s still talking about you, he’s still into you.

8. He Tells You He Misses You

Breakups are complicated. It’s common to break up with someone you genuinely love. Maybe your timing is off. Perhaps he simply wants you to stop doing something that hurts him or vice versa.

In these situations, there’s a good chance that your paths will eventually cross again. It may be in a month or a year. But if the love is there, and a hurdle just needs to be overcome, keep the faith.

9. He Constantly “Bumps” Into You

If you dated for a while, your ex knows your spots: your happy hour bar, favorite restaurants, preferred gym. If he constantly engineers ways to “bump” into you, take it as a sign that he’s still open to a relationship.

But don’t confuse innocent puppy behavior with a battle for territory. Controlling people may try to “win” places and friends in breakups.

If they’re aggressive and difficult, and “bumping into” feels a little more like stalking, it may be time to change your routine.

And never be afraid to seek legal remedies or contact law enforcement if things escalate outside of the comfort zone. Restraining orders are easier to get than many women realize.

10. He’s Awkward Around You

Remember the early days of your relationship when the two of you were awkward, smooshy, and giddy around one another?

If he starts to exhibit this endearing behavior again, it could signify renewed interest in giving the partnership another try.

It’s an endearing play. But use caution. If you were adamant about moving on, and your ex pulls the “aww shucks” routine and “cutes” his way back into your life, there’s a better than average chance that things will turn sour again in weeks.

Drunk calling is confusing. Sometimes, it’s a meaningless booty call. Other times, it means his mind is playing a never-ending loop of YOU, 24/7.

Use your instincts. Does it sound like he’s mortified, sitting in the corner, wasted thinking of you while people party all around him? Or is he looking for some action?

Either way, it’s your call.

Probing Questions To Ask Your Ex

11 Sure Signs Your Ex Is Pretending To Be Over You

Here’s a truth about human nature: when we feel insecure, we start boasting. It’s one of those things that we notice about other people but not ourselves.

So if he starts being loud and proud about his life — puffing his chest a little bigger — it could be reflexive behavior over losing you.

13. His Body Language Says Everything

Sure, not every body language expert is spot on — and legions of charlatans are swarming YouTube to give their “expert opinion” on what some celebrity’s blink meant.

But you can tell when someone is open or close to you. It could be a good sign if he’s constantly close to you and doesn’t keep himself closed off with folded arms or similar unwelcoming gestures.

Blushing and sustained hugging also signify a desire to be back in your arms.

14. He Always Asks You About Your Dating Life

Have they made a study of your dating life? When you bump into them, can they recite your dates back to you?

This type of behavior can be creepy or endearing, depending on how he handles it. How you handle it will depend on what you want to happen.

15. He Remains Protective of You

A lot of men take pride in protecting the people they love. So if he’s still acting like your own personal Superman, he’s still got it bad for you.

And heaven forbid something happens to you; he’ll be the first person in the emergency room, busting down the door, demanding to see you.

16. He Makes a Genuine Effort

Cynical people will try to tell you otherwise, but people really can change. It happens all the time. Individuals are in permanent flux; we all grow and change — some for the better…others, not so much.

But if he did mess up, knows it, and makes a genuine effort to change — and make sure you know about it — he’s likely still in love with you.

17. He Never Wanted To Break Up

Did you do the breaking up? Was he expecting it? Did you break his heart? If he never wanted to split, the chances of getting back together are higher.

But exercise caution in these situations. You broke up with him for a reason. Or maybe you didn’t. Perhaps it was a spontaneous mistake.

Emotions can get out of control. Whichever the case, think thrice before welcoming him back into your life.

It’s undeniable. All the signs are there. He wants you back.

Should you welcome him back with open arms? Is it possible to start over? What is your next move?

Before deciding, consider the following:

To make a reunion work, both sides must put in the effort. Understand that the relationship will be different than when you initially got together. Moreover, there’s a significant chance you’ll break up again after getting back together.

Do what feels best. And remember: dating is supposed to be fun!