Have You Been Falsely Accused By Your Partner Or Spouse? 9 Psychological Effects It Will Have On You 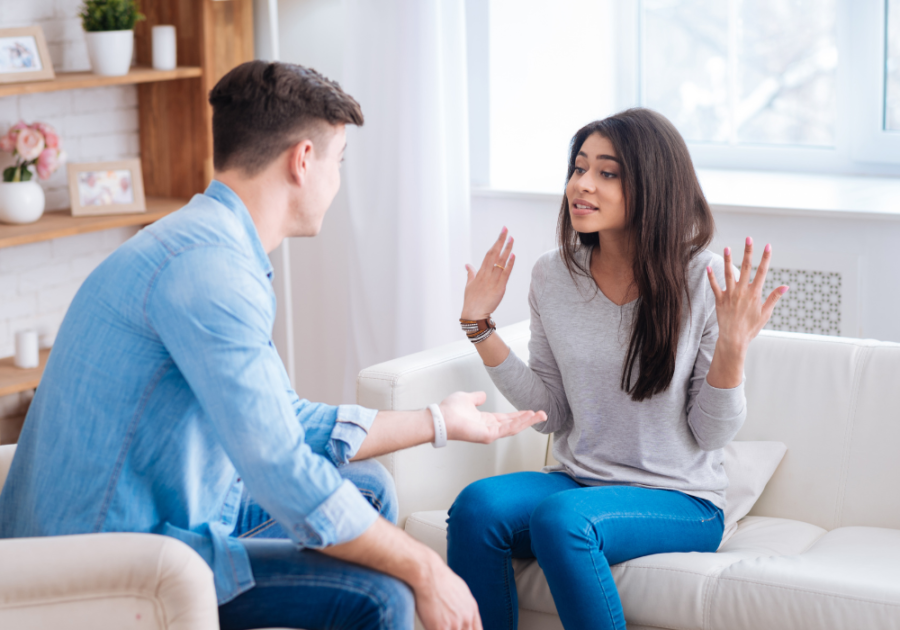 When someone constantly accuses you of cheating, it hurts.

It’s also frustrating, demeaning, and not something to brush under the rug.

Unaddressed accusations can also lead you down a rough mental health road and even trigger the development of certain psychological disorders.

Is your partner always wagging their fingers over things you didn’t do?

Today, we’re breaking down the psychology of false accusations and what to do about them.

Are False Allegations a Form of Emotional Abuse?

Contents hide
1 Are False Allegations a Form of Emotional Abuse?
2 Can You Get PTSD From False Allegations?
3 9 Psychological Effects of False Allegations in a Relationship
3.1 1. Self-Doubt
3.2 2. Paranoia
3.3 3. Detachment
3.4 4. Insecurity
3.5 5. Commitment Fears
3.6 6. Anger Issues
3.7 7. Extreme Resentment
3.8 8. Anti-Social Outbreaks
3.9 9. Excessive Stress
4 What to Do When You’ve Been Falsely Accused of Cheating
5 If Someone Accuses You of Cheating, Are They Cheating?
5.1 Final Thought

In recent decades, societal norms have come a long way regarding mental health issues, causes, and treatments — which is a net positive on micro and macro levels.

Facing emotions, dealing with past trauma, and examining your place in relation to the whole has many benefits, including:

One of the many psychological insights garnered in recent years is the understanding that certain behaviors, including false accusations, amount to emotional abuse in terms of how they impact the psyche.

It congeals into a mental health slime that promotes poor decision-making and sloppy behavior.

Can You Get PTSD From False Allegations?

Most people think of post-traumatic stress disorder (PTSD) as a condition exclusively linked to extreme anxiety stemming from combat experiences. But new research reveals that people from all walks of life suffer from symptoms.

People with PTSD contend with anxiety flashbacks, behavioral control, and a host of other mental health conditions, including severe depression.

Most episodes are tied to triggering traumatic events that individuals cannot shake from their memories.

PTSD can last months or years, depending on the severity, diagnosis, and available assistance.

Can you get post-traumatic stress disorder from false allegations? If the accusations are unrelenting, it’s possible to develop a case of PTSD — especially if physical violence is involved.

9 Psychological Effects of False Allegations in a Relationship

You understand that constant accusations in a relationship can negatively impact your mental health. But what, exactly, is at stake?

Let’s explore nine ways that enduring recidivist attacks on your character can mess with your head.

Defined in a paper by Braslow, Guerrettaz, Arkin, and Oleson, self-doubt is a state of uncertainty about the reality or truth of anything, including beliefs, opinions, emotions, or worldviews.

Ultimately, self-doubt amounts to a sense of instability, which can trigger a mental health domino reaction.

When someone constantly and falsely accuses you of misdeeds, self-doubt is bound to percolate to the surface. Arguably, misguided accusations are a form of gaslighting that makes you question your behavior and reactions.

Failing to believe in yourself can be debilitating, but it is surmountable. Journaling and mindfulness exercises are excellent places to start.

Also, lean on your friends and family. Explain the situation and get their feedback.

They may help you see things more objectively, allowing for a more realistic viewpoint that facilitates better decision-making regarding the relationship and your sense of self.

False accusations of cheating can lead to paranoia.

It happens when your brain insists something is wrong, despite a profound lack of evidence. Delusions and exaggerated suspicions are both forms of paranoia.

Even though you know you’re not stepping out on your partner, due to the perpetual pestering, you can become hyper-conscious of every movement and thought you make and think.

Did I brush up against that person a little too seductively when I was trying to squeeze by? How about when I was talking to my colleague for five minutes? Did I smile too much? Did it come across the wrong way?

If you’re constantly defending yourself against cheating accusations, it’s possible to reach this level of paranoia, which can pummel your mental health.

We pull away from people who make us feel bad about ourselves and our place in the world — whether the root of the discomfort is our fault or theirs. In some ways, it’s instinctual — or an aspect of emotional survival.

But when someone repeatedly snorkels around your life and surfaces with the wrong conclusion, you’re bound to grow frustrated and detach from the culprit.

In the worst cases, you may start pulling away from other people, fearful that they’ll also begin to point false fingers your way.

Insecurity is another damaging emotion we all have the displeasure of weathering at some points or others. Frankly, someone who claims to be free of self-doubt likely doesn’t meaningfully engage with their thoughts and feelings.

Whether it’s anxiety about how we measure up or fears about work performance and personal appearance, part of the human experience is emotional instability brought on by insecurity.

Berating someone with insinuations of poor behavior triggers insecurity in the most confident people, and it can lead to a self-worth crisis. Moreover, it destabilizes the relationship.

Fear of commitment can wreak havoc on your personal life. People who deal with the issue can’t adequately express or share themselves, which eventually erodes their relationships.

If you live in a cloud of suspicion, you may associate accusations with commitment and become disenchanted with the concept. It could be a conscious or subconscious reaction.

Either way, it can rob you of happy, fulfilling partnerships you would have otherwise enjoyed.

Want to Understand Your Personality? These Are the 13 Best Online Personality Tests

Can Two Narcissists Be In A Relationship? 15 Reasons They Are Attracted To Each Other

Some Breakups Don’t Last Forever: 9 Types Of Breakups That Get Back Together

Don’t underestimate the power anger has over your mental and physical health. It allows your worst possible instincts to take control, and anger-fueled blowups frequently lead to physical confrontations.

If your partner is constantly nagging you about stepping out when you haven’t, eventually, feelings of resentment will bubble to the surface, and anger will set in. If it’s not addressed, things can get very ugly.

Resentment is one of the four emotional harbingers that immediately precedes romantic separations — and perpetually attacking a person’s integrity generates boatloads of it.

It’s never a good look, and extreme resentment often metastasizes into a pile of regrets.

For your sanity’s sake, handle situations that trigger the emotion sooner rather than later. Otherwise, you may find yourself in a mental health crisis.

Have you ever melted down after life snuck up and put you in a chokehold? Some lucky people manage to “lose it” in the privacy of their own homes, with nobody the wiser.

Others are less fortunate and succumb to their temporary madness with the world watching.

Dramatic outbreaks are much more likely to happen if you’re the target of an unrelenting, suspicious ego.

While it may be a slight exaggeration to say that stress kills, medical researchers have undeniably proven that it plays a role in accommodating life-damaging conditions.

Unfortunately, stress is a common symptom of false accusations. So if you’re locked in a relationship with someone who insists on treating you suspiciously without cause, it’s something you’ll need to identify and handle.

What to Do When You’ve Been Falsely Accused of Cheating

Now, let’s break down how to deal with false accusations from your spouse or partner.

If Someone Accuses You of Cheating, Are They Cheating?

Projection is a psychological phenomenon that belies obfuscation attempts. How does it work?

Being on the accusatory end of this dynamic is challenging. Dealing with someone else’s delusions rooted in unresolved issues can be a no-win situation.

If the person with the problems refuses to recognize their faults and work to overcome them, there’s little you can do.

Whether you remain with the accuser is your decision. You know how you feel about them aside from this one issue. But if you stay, nip this behavior in the bud before it can sprout tentacles and suffocate the relationship.

And finally, if you’re the victim of domestic abuse — either physical or mental — take advantage of resources like the national domestic abuse hotline. Help is available, and you deserve to be treated with respect.