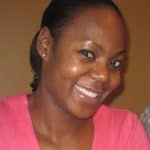 Many men and women who have served in active duty for our country have survived situations that are terrifying to most civilians. They have stood and fought for complete strangers. They have laid down their lives and suffered great losses, and they have returned home with mental and physical scars.

As a clinical psychologist at Tyndall Air Force Base and a member of the Army Reserve, I have the privilege of being both a soldier who can connect on a deep level with other soldiers as well a civilian who can appreciate the sacrifice those men and women make for us.

In my line of work, I often meet incredible people in unfathomable situations. As I continue to train, learn, and grow as a professional and a person, my mind often returns to one woman in particular whose journey encourages me to press on.

The Combat Medic Who Taught Me the True Meaning of Selflessness

She was a combat medic who, like many service members, had experienced trauma during her deployments to Iraq and Afghanistan and was trying to heal from those experiences. She suffered from a post-traumatic stress disorder and survivor’s guilt. These emotional injuries were also accompanied by symptoms of anxiety, withdrawal, and graphic nightmares. It was difficult, to say the least.

On top of these obstacles, her first therapist, with whom she had a good rapport, had “up and left” due to a permanent change of station — a common occurrence for active duty service members. I remember thinking, “Wow! I’m supposed to get this soldier to warm up to me, encourage her to participate in trauma focus therapy, work with her in processing her trauma, and be compared to her previous therapist. No pressure!”

Related: How to Start Over After a Loss

Working through her trauma was a difficult process, but I made it my duty to provide the best care possible. She was a hero, and I was determined to help in any way I could. However, as we began working together, I learned something that shocked me: every day, this woman was experiencing a deep, desperate sense of failure.

She didn’t feel like a hero who had stepped forward in our time of need. She felt regret and blame for things that had happened in the field. While this is not unusual for victims of PTSD, it seemed unfathomable that a woman who had made such a large personal sacrifice and helped so many people could think she had failed.

Through cognitive processing therapy, she was able to make sense of her experiences. She recounted some of her most traumatic memories of friends who had been badly wounded. She began to understand that, though she would continue to feel the loss of individuals, she was not to blame for those losses. She upheld — and continued to uphold — her medic duties throughout combat. As we worked through her trauma and moved forward in healing, she was able to become whole again.

Working with this patient gave me a taste of the bigger picture and why I do what I do: She is the embodiment of selflessness. She reaffirmed my duty and my commitment to help others with the compassion, integrity, perseverance, and selflessness she demonstrated. Thinking of her reminds me of my initial goal to provide care for those who are willing to lay down their lives on my behalf without expecting anything in return.

How often do the rest of us truly give back without expecting at least some thanks? Making a living doing something you love is the ideal everyone strives for, but wouldn’t it be fantastic to find a way to apply your skillset to help others as well? Giving back feels great, and it’s even better when it’s for a cause you’re passionate about that can make use of your talents.

Quality behavioral healthcare continues to be limited in this country, particularly for service members. Instead of complaining about this injustice, I made a personal commitment to do what I could and become part of the solution with my service in the U.S. Army Reserve Medical Corps. I know that there’s no work I could do that would compare to caring for the individuals who lay down their lives for all of us.

Ask yourself where you can be of service and how you can be part of the larger solution. It will enrich your life and greatly improve the lives of others.

Dr. Nicole Ware Spencer is a clinical psychologist at Tyndall Air Force Base and an Officer in the Army Reserve Medical Corps.