How are TED Fellows changing the world? 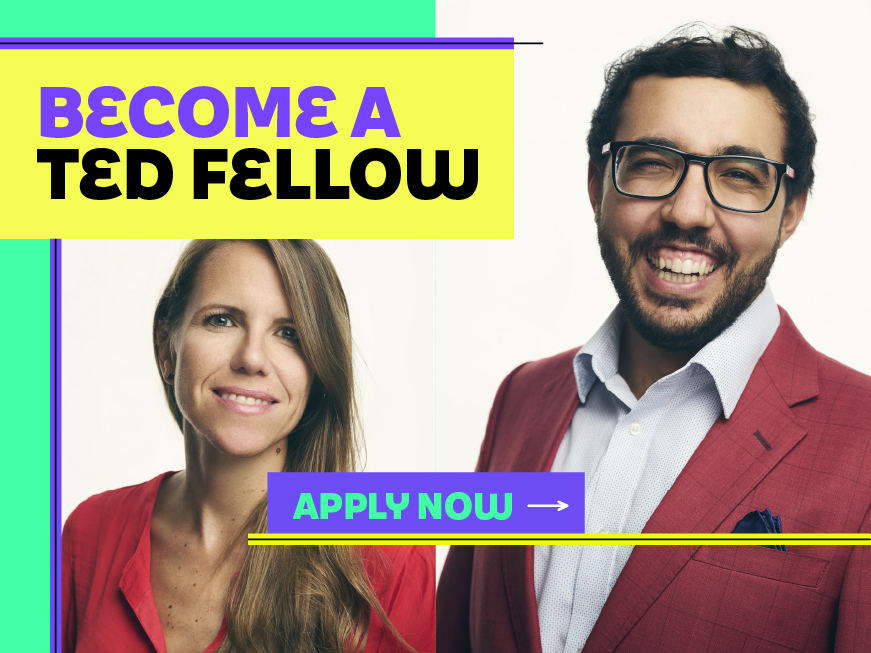 The TED Fellows program grows in size and impact each year, welcoming 20 new champions of change into its global community after applications open. Now in its 13th year, with more than 530 Fellows from over 100 countries worldwide, Fellows are innovating within every field imaginable — climate change, biology, technology, education, human rights, the arts and more.

Every day, in every corner of the world, utterly original and potentially ground-shifting ideas are abandoned because the people attempting to activate these ideas are not supported. The TED Fellows program aims to change that, to shift the balance of power by supporting the whole human — both personally and professionally — through connecting people and networks, providing access to tools, professional development and resources, and providing a platform to amplify the work and efforts of these visionary individuals.

What kind of groundbreaking work are our Fellows doing in the world today? Read on to find how the ideas that the Fellows are advancing are the “tip of the spear” of what’s new, what’s coming, what’s needed and what’s possible. The TED Fellows program’s open application makes it possible to find innovators that might be otherwise undiscovered — innovators like you.

*Note: Our application closes on June 30, 2022 at 11:59pm UTC. We invite you to read important updates about the Fellowship program and this year’s application, find answers to frequently asked questions, follow @TEDFellow and meet all the TED Fellows to learn more about the breadth of this global community.