Is It The Guy You Like Or Just The Idea Of Him? 13 Signs You May Be Fooling Yourself 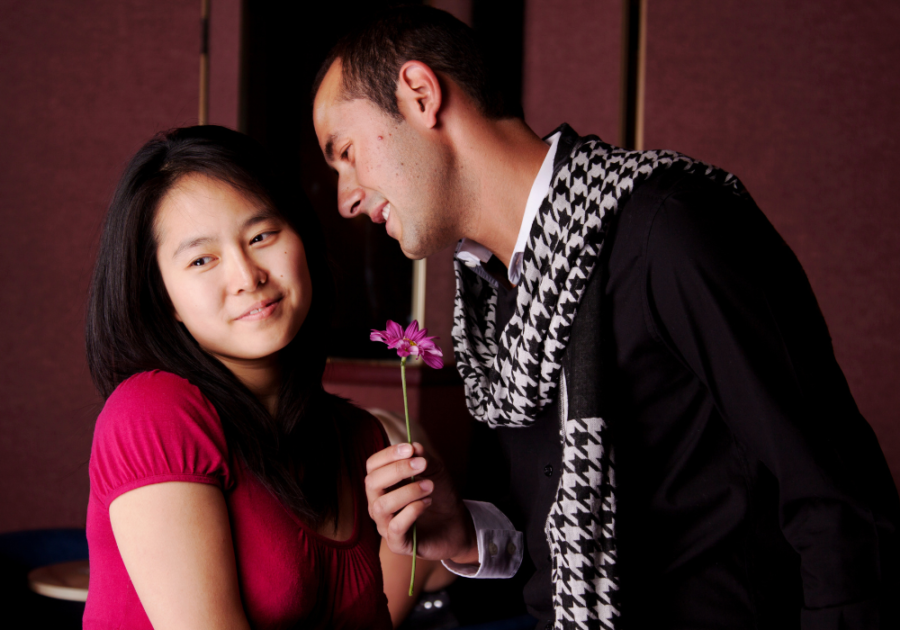 He’s cute, well-adjusted, and truth be told, your parents would love him.

You like him in some ways but not others, and sometimes you wonder:

Do I actually like him or just the idea of him?

You may even feel guilty about the situation because you don’t want to lead him on.

So to help you figure out your mind, today we’re exploring how to tell if you like someone or just the idea of them and what to do if it’s the latter.

What Does It Mean to Like the Idea of Someone?

Liking the idea of someone can mean a few different things.

Sometimes the term is deployed when we date someone we’re not that into because we’re lonely or trying to emulate a marketed “ideal.”

It’s also used to describe relationships in which one partner likes the status, wealth, or power of the other — but that’s about it.

Liking the idea of someone doesn’t necessarily mean you don’t enjoy the person or find them pleasant, funny, or bright.

But chances are you won’t experience the following when with them:

Do I like him or the attention? Ultimately, it’s the question you need to answer.

1. He Doesn’t Make Your Heart Flutter

Our bodies have a way of letting us know when we genuinely like someone. We get nervous around them, blush, and act like a complete and utter dufus because they make us so incredibly giddy.

We also try to look better for those we find attractive.

So if your body is “silent,” there’s no spark on your side, and you never feel the need to look your best around them, then you’re probably more into the idea of them.

2. You Don’t Think About Him Much

Something extraordinary happens at work, and you don’t think to tell him. You reach a goal you’ve been working toward, but he’s not on the list of people going out to celebrate.

When you come home at the end of a long day, the last person you think about messaging is him.

And you’re not daydreaming about him while working on some monotonous task at work.

This level of disinterest is one of the most telling signs you don’t want to be with him. If it describes your situation, Mr. Right Now likely isn’t Mr. Right.

Sure, some of your friends know about him. After all, you bring him to some events when a plus-one is welcome. But your family members wouldn’t know him if he was their doctor.

When we’re excited about someone we’re seeing, we talk about them — often to an annoying degree!

So if you’re not chatting him up to the people closest to you, it may signify that the relationship is merely a stop-gap.

4. You Couldn’t Care Less About the Outcome

You enjoy the person in question. Heck, you often have a great time together. But you wouldn’t be the least bit hurt if he found someone else. You’d probably wish him all the best — and mean it!

“Cheating” isn’t an issue either because you don’t care who he’s sleeping with when you’re not around. Who knows. You two may not even be have sex.

Be careful, however, not to make a mistake. Sometimes, we don’t realize we have a wonderful thing until it’s gone.

5. Don’t Get Excited About Messages

How do you feel when you get a text or email from someone you genuinely dig? You light up, right? The butterflies get a workout, and you geek out trying to figure out the best way to respond.

So if his texts go unanswered for hours or even days, you probably don’t have much invested in the relationship. The situation is probably even worse if his texts and messages annoy you.

There’s nothing wrong with wanting financial stability. Practically speaking, it’s an integral part of life. But if you only like a person’s bank account, start asking yourself questions.

Are you prepared to be unfulfilled emotionally if the relationship continues? And not for nothing, but a little “you work” probably couldn’t hurt if you care more about money than anything else.

So do your best to be as honest with yourself as possible. Because staying with a guy for the wrong reasons can catapult you into a miserable life that’s difficult to escape.

7. His Enthusiasm Makes You Nervous

In some cultures, “old wives” advise younger women to partner with men who “love them more than you love them.” In other words: Pick someone more into you than you are into them.

But we’d argue that sticking with someone obsessed with you may not be the right move.

Suppose his enthusiasm for the relationship far surpasses yours, and you constantly fear he’ll try to pump up the proverbial volume and make things official.

In such cases, you probably like the idea of him better than the actual him.

At the beginning and end of the day, you’re just not attracted to him.

Everyone else thinks he’s Adonis reincarnated, but to you, he’s just “meh.” You may sleep with him sometimes because…needs…but you’re not fanning yourself when he walks into a room.

Granted, not every relationship needs to start with deep physical attraction.

But if it doesn’t grow at all, you may be looking at a relationship that’s dead on arrival because you like the idea of him better than you like him.

Daydreaming is one of life’s joys. And when you’re dating someone you’re excited about, they often feature him.

But if your current plus-one rarely shows up in your dreams, or it’s tough to imagine him being in your life five years from now, he’s probably not someone you should pursue a serious relationship with.

Ignoring red flags works both ways. Some people do it when they’re head over heels and don’t want to acknowledge potential pitfalls.

We also miss them when we know, deep down, that the relationship doesn’t have a future.

You know you’ll never get close enough to have his issues affect your life, so you don’t waste energy fretting over them.

11. You Don’t Remember Things About His Life

But what many people forget is that listening is equally as important as talking. Moreover, how well we listen to a person can indicate our feelings for them.

When we genuinely like someone, we hang on to their every word. We commit what they say to memory.

Conversely, when we engage with people who don’t matter much to us, we quickly forget what they say and rarely remember details about their life.

If Mr. Plus-One remains a mystery to you, even though you vaguely remember him telling you things about his life, it indicates that you’re not into him.

If you must, date him for now. But make sure he understands that you don’t see the relationship going anywhere.

The 15 Biggest Turn-Offs For Women

9 Core Differences Between Love And Being In Love

11 Firm But Kind Tips For Breaking Up And Moving Apart

12. You Haven’t Worked Out Your Own Issues

There’s no such thing as a person without issues. We’ve all got them, and they’ll shape our lives in small ways for the rest of our lives.

At the same time, it’s important to work on the whopper issues — the giant ones that keep you from being the best possible you. They cloud your judgment and alter your behavior.

People who let their shadow selves captain the ship are, in a way, not themselves.

Those deep-rooted hiccups play a significant role in the trajectory of your romantic life. They serve as a BC/AD demarcation line in your life. Life before working out your issues and after.

The men who come along in the BC (before counseling) part of your life may fall under just-for-now because you’ll be a different person in your AD (after deconstruction) stage.

If you’re still active on dating apps and go on dates with other people, there’s a higher-than-average chance that you like the idea of the guy in question. If you were into him, you would put your accounts on pause.

Many people make excuses for maintaining profiles after they start dating someone, but they always come across as suspicious. The same rule applies to you.

I Like Him But Don’t Want to Date Him, So Now What?

It’s an undeniable…friendship. You like the guy, and you enjoy him, but in a platonic way. So now what?

The answer depends on how he feels about you and where the situation sits.

Don’t feel bad if you wind up dating someone you like the idea of. It’s normal. We’d venture to guess that most people have at least one of these relationships in their lives.

Just don’t let it get too far or handle the breakup unkindly. Otherwise, learn from the experience and move on. Good luck out there!