Just Started Dating Someone? 11 Reasons Many Relationships Tank At The 3-Month Mark 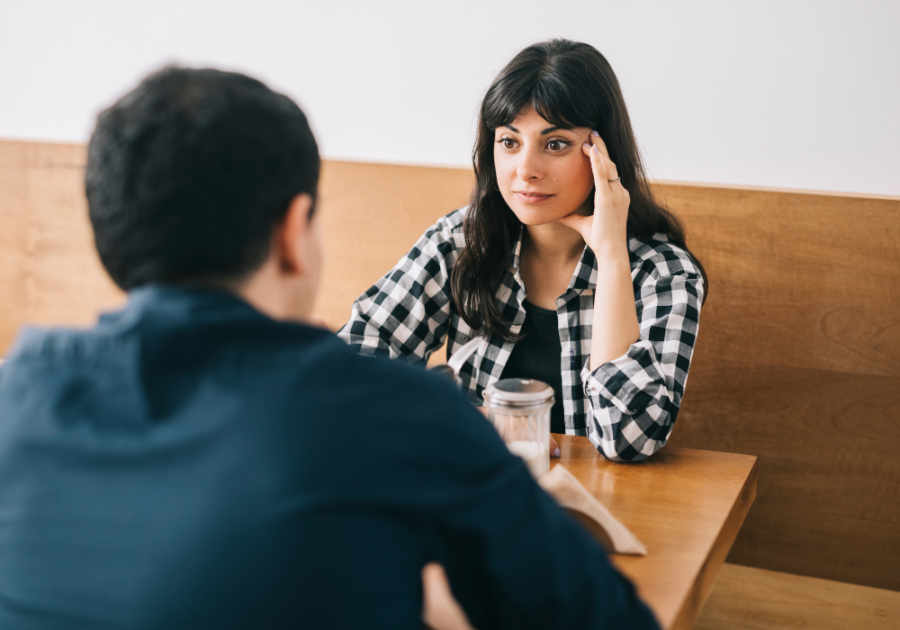 Some countdowns are fun – the ball dropping on New Year’s Eve, the countdown to the end of a Friday workday, or the days getting closer to your birthday.

Counting down the average length of a relationship before a breakup is not one of those things.

In fact, many people worry about the 3-month relationship freak-out, where they or the other person could call it quits.

Is there any truth to this 12-week dating boot camp?

What Is the 3-Month Rule in Dating?

While the rule isn’t formally written down in any dating bible, it’s said to be the “make it or break it” milestone of any relationship.

If you aren’t jibing at the 3-month mark, it’s the San Andreas Fault Line of a relationship where everything can fall apart, leaving two people shaken.

The root theory of the 3-month dating rule is unknown and obscure, but the universal acceptance of it is real.

It’s important to note that there’s another 3-month relationship rule at the end of a relationship. In that instance, the rule states you should wait three months to heal after a breakup to be ready for another fishing session in the dating pool.

How Long Do Most Relationships Last?

The skewed data that can answer this question makes dating seem about as exciting as the Mathlete competition in Mean Girls.

For example, one answer to this question was, “Statistics on adult breakup indicate that couples that have been together for longer are less likely to break up.” Is stating the obvious even science?

Do you really want to know after how many months most couples break up?

However, a lot of factors go into that number.

Whether you just met someone, are four months into a relationship, or just passed five months of dating, it’s essential to know your average relationship length.

Do you freak out at three months?

Are you always the one doing the dumping? You need to explore those questions.

Why Do Relationships End in 3 Months? 11 Possible Reasons to Watch For

The average length of a relationship before a breakup can be insightful, even looking back at your history, and it’s also important to know your partner’s dating history to help look for red flags.

1. The “Love Hormone” Dies Down

Oxytocin is produced when we feel a connection with a person, and a new beau floods our body with this “love hormone.”

The newness of a relationship keeps producing the chemical as we explore new activities and intimacy with a new person.

It’s the same hormone that bonds women to their babies. In fact, a 2021 research study shows that higher levels of oxytocin in the first months of dating could indicate long-term romance potential.

Whether you’re the Drama Queen or he’s the Divo, the initial excitement and boundary-setting can mask some of the more significant concerns, like jealousy or neediness.

Nobody wants to spend their life being scrutinized and cyber-stalked during individual activities.

If the drama is relentless or one person thrives off it, there’s little hope for long-term love.

At times, opposites attract and inspire each other, like vinegar and oil. Other times the mixture can be gasoline and fire. When wondering, “Why do couples break up after three months?” the answer is simple in this case.

The initial attraction that led you each to try new things in the name of impressing each other wears off, and it turns out you might not want to go rock climbing every weekend for the rest of your life.

Even the best online profile will only show a person’s positive aspects. We are attracted to physical forms, conversation cadence, and the “butterflies” when choosing a dating partner.

Nobody puts on their profile or offers up on the first date that they are a clutter bug and won’t change or that they never want to have kids. Previous criminal activity rarely makes it to a Tinder profile.

Younger people still need to figure out their dealbreakers, and sometimes you never know how much you simply can’t stand your partner’s condescending mother.

Dug, the golden retriever in the Pixar movie Up, was easily distracted by a squirrel, even in mid-conversation. The dating world right now has so many “Squirrel” moments. We are impatient, distracted, and inattentive.

You’re likely not committed when dating someone in the first three months. That means dating “squirrels” could pop up anytime and cause you to search for greener grass and more attractive squirrels.

Since the hormone-fueled rush of a relationship makes it feel like we’ve found the right person, we will overlook many things. We can subconsciously fit that square peg into a round hole to meet the demands of our dream guy or girl.

Eventually, like an ill-fitting pair of shoes, we can either realize that nothing is perfect or move on through the forest looking for Prince Charming.

Getting to know someone should be fun and exciting, and the potential should be there to continue building a relationship for years or even decades to come.

If you’re bored by date six  (eating at the same restaurant, having the same stale conversations, or becoming intimate without “fireworks”), there’s little hope things will get more exciting after three months.

We tend to present our best qualities when we first get to know each other. After all, we want them to fall in love with us before they realize we take up all the closets, right? We always look our best, control our emotions, and pursue each other with dogged energy.

That’s a hard routine to keep up, and about the 3-month mark, we want to throw away the mask and just be ourselves when we should have just done that in the first place.

An eye-opening Pew Research study from 2020 showed that half of all single adults aren’t even looking for a relationship.

And 10% more were only looking for casual dates. On top of that, 20% were unsure what they wanted but were open to casual dating or committed relationships.

That means just 14% of single adults want a relationship to last longer than three months. That’s a shallow dating pool.

You Moved In Together And Now Things Are Rocky: 13 Relationship Problems After Moving In

23 Must-Know Signs A Cancer Man Is Serious About You

Confusion piles on when we aren’t opposed to a relationship but still want to remain fierily independent. Suddenly, you must tell someone where you’re going, what you’re doing, and when you’ll be home.

You have to respect that they want to go to a football game on Sunday when that’s your yoga and meditation day. Even the surge of oxytocin isn’t always powerful enough to keep independent people together.

Making it past the 3-month rule isn’t always a good thing. If one party is being mistreated or outright afraid to be alone, it can be a long-lasting but toxic relationship.

Fear of starting over or being alone during the holidays can keep us in relationships far past their expiration date.

Avoid the temptation to stay in a relationship that is simply the lesser of two evils.

Breaking up at three months is hard, but it’s even harder after 12 months or two years and nine months.

Stop worrying about the 3-month relationship curse and focus more on what you get out of the relationship. Are you respected? Do you make space for each other in your lives? Can you communicate well?

Those things are so much more important than a random timeline that only causes stress and anxiety. If you and your partner are meant to stay together, your relationship will move happily past this arbitrary deadline.