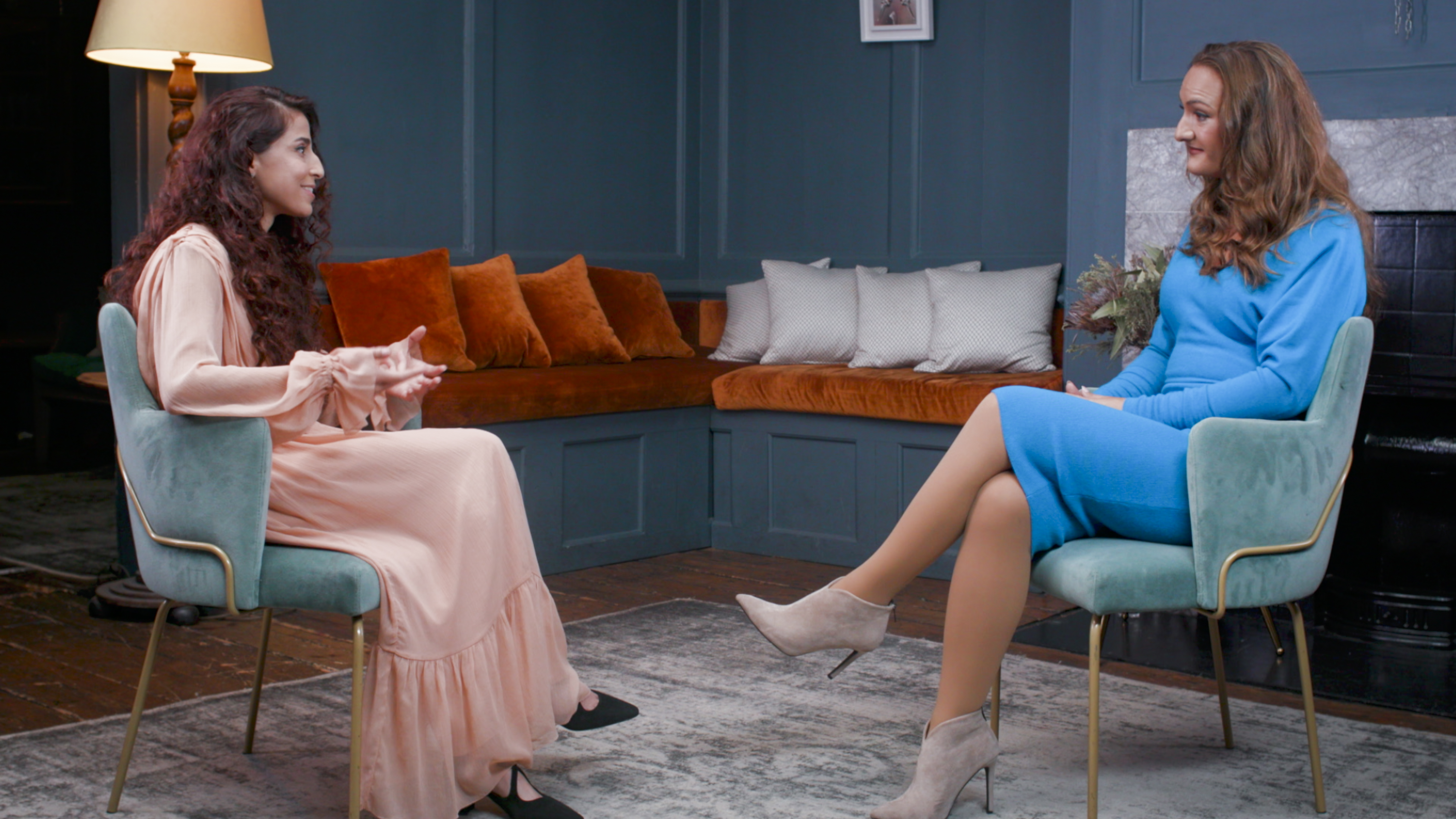 If there’s a constant in our lives, it’s change.

The first day of TEDWomen Presents — an online festival featuring interviews with leading women, interactive workshops, specially curated film screenings and more — focused on change and the challenges that come with it, culminating in a moving conversation between filmmaker Tamana Ayazi and human rights lawyer Kat Craig, as well as a follow-up, live interview between Ayazi and TEDWomen Editorial Director Pat Mitchell.

Big idea: The women of Afghanistan need solidarity and global support more than anything. Hope for a brighter future remains — despite all odds.

How? One of the good memories Tamana Ayazi has of growing up in Mazar-i-Sharif, Afghanistan, is playing soccer in the street with friends; another is of participating in a program for documentary filmmaking. Both memories inform who Ayazi is today, what she seeks to capture behind the lens of her camera and her hopes for her country’s future. Interviewed by Kat Craig — who was part of a team that helped to evacuate the women’s national football team from Afghanistan in 2021 — Ayazi discusses her feature-length documentary debut In Her Hands, which chronicles the harrowing reality of Afghanistan’s youngest female mayor months before the Taliban’s resurgence. Whether it be on long strips of desert road controlled by the Taliban, standing atop crags of mountainous expanse or nestled in a village room lined with stacks of books, Ayazi reflects the hearts and voices of the Afghan people fighting for their country — those who believe in making right the many wrongs that led to its takeover, even as they are ideologically opposed. (Among the subjects of her film, she threads the perspective of a Taliban commander named Musafer.) “When the government collapsed, it wasn’t just the government. It was the people, full of hopes and dreams,” Ayazi says. “The future collapsed in front of us. My biggest dream is to go back to Afghanistan and live the way I used to live.” Ayazi reaches toward a future where light overwhelms the current shadow that looms over her country, a future where she can once again embrace the loved ones she was forced to leave behind. She believes the way forward is female and calls for solidarity for all women, anywhere in the world. “We are the ones who can make change,” she says.

This conversation is part of TEDWomen Presents, a five-day online festival from October 24-28, offering interviews with leading women on change, work, rights, the future and joy. You can still join us to watch the full program of live interviews and on-demand TED Talks by purchasing a Gallery pass.