What’s next for climate action? The talks from the TED Countdown New York Session 2022 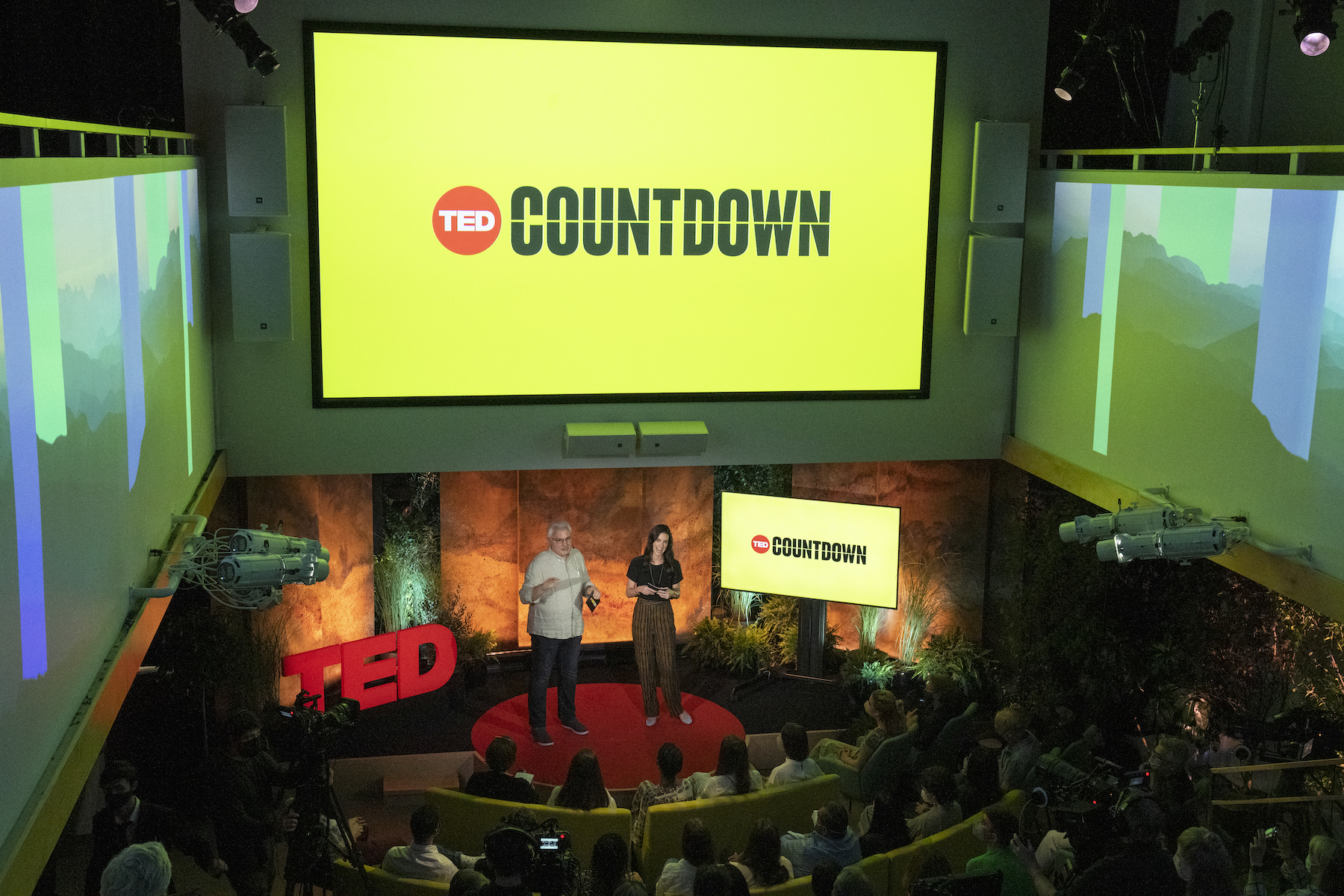 Countdown, TED’s climate action initiative founded in partnership with Future Stewards, launched three years ago with a focus on accelerating solutions to climate change. The goal: to highlight possible pathways forward and weave a story of how we can help build a safer, cleaner, fairer and net-zero future for all.

After creating more than 100 climate-focused TED Talks, supporting over 1,000 TEDxCountdown events and attracting hundreds of millions of dollars in climate investments, Countdown returned to New York City to explore some of the innovative solutions bringing us closer to achieving a zero-carbon world. Eight speakers (and two performers) shared exciting developments, the challenges that lay ahead and how everything from decarbonization and biochemicals to TikTok and hip-hop can be vehicles for climate action.

The talks in brief: 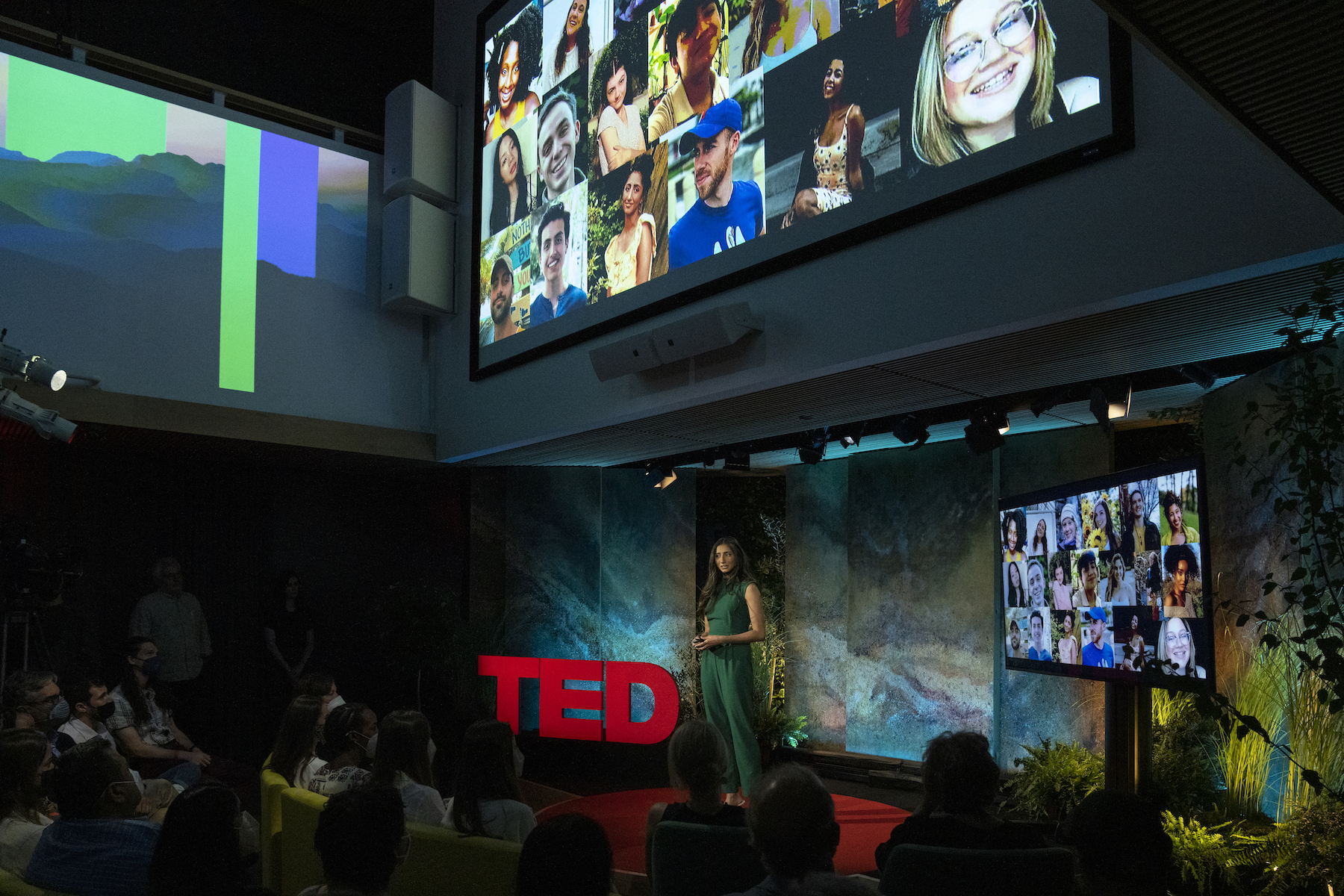 Big idea: Using the power of social media, we can promote climate optimism and avoid the hopelessness that leads to climate inaction.

How? When Zahra Biabani learned that 56 percent of Gen Zers believe humanity is doomed, she began posting “Weekly Earth Wins” videos that combine feel-good TikTok dances with positive climate news. Her goal? To combat “climate doom-ism,” an obstacle she says now rivals climate denialism in the fight to save Earth’s climate. Her comments section quickly filled up with grateful messages from young people who were losing hope. Today, Biabani is part of EcoTok, an online activist collective that uses social media to break the cycle of doom and gloom. Climate optimism, Biabani says, isn’t about ignoring the existential threat the climate crisis poses to life on Earth. It’s a way to cultivate hope so people continue fighting for change and don’t give in to “the very entities that have gotten us into this mess.” 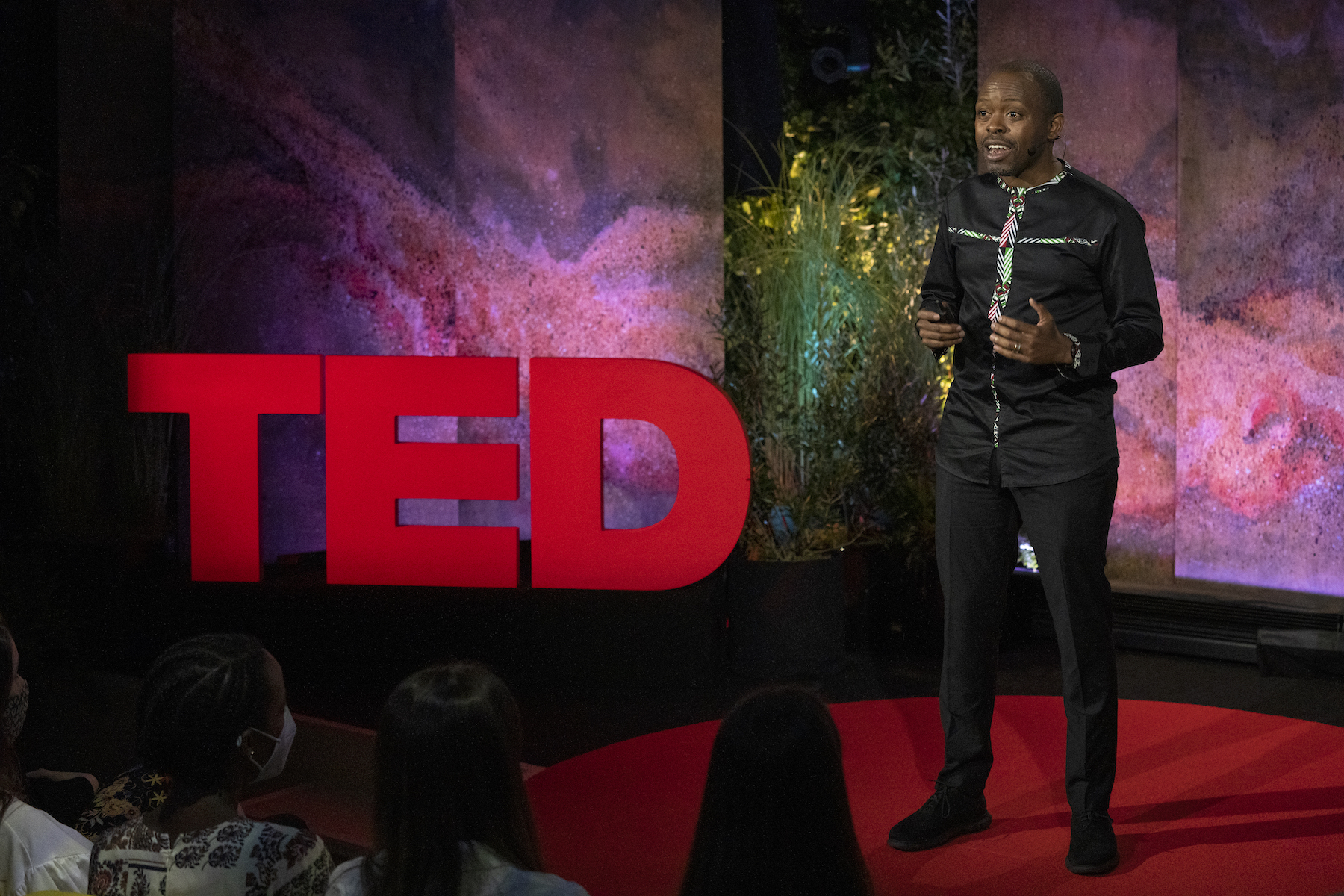 Big question: By themselves, cuts in emissions will not mitigate the looming disaster of climate change — and while we might be able to accelerate Mother Nature’s innate abilities to scrub greenhouse gasses, that alone won’t save us either. As the climate clock ticks, James Irungu Mwangi sees increased investments in carbon sequestering technologies like DAC (direct air capture), BECCS (bioenergy with carbon capture and storage) and BiCRS (biomass carbon removal and storage). But will these investments be enough to save us?

An answer: To date, carbon-sequestering tech has removed only 100,000 tons of CO2 from our atmosphere, a far cry from the billions of tons we must remove to reduce global warming. And scaling these technologies in places that already have a huge fossil fuel footprint will have no impact without a difficult transition to fully renewable energy. But there are places where we can sequester carbon and build a renewable power grid at the same time — places like Kenya, with plenty of forest and basalt rock, plenty of renewable energy potential and no current emissions that would need to be displaced. As humanity embarks on its biggest energy transition ever, Mwangi calls on the world to recognize and prioritize Africa’s climate action potential. 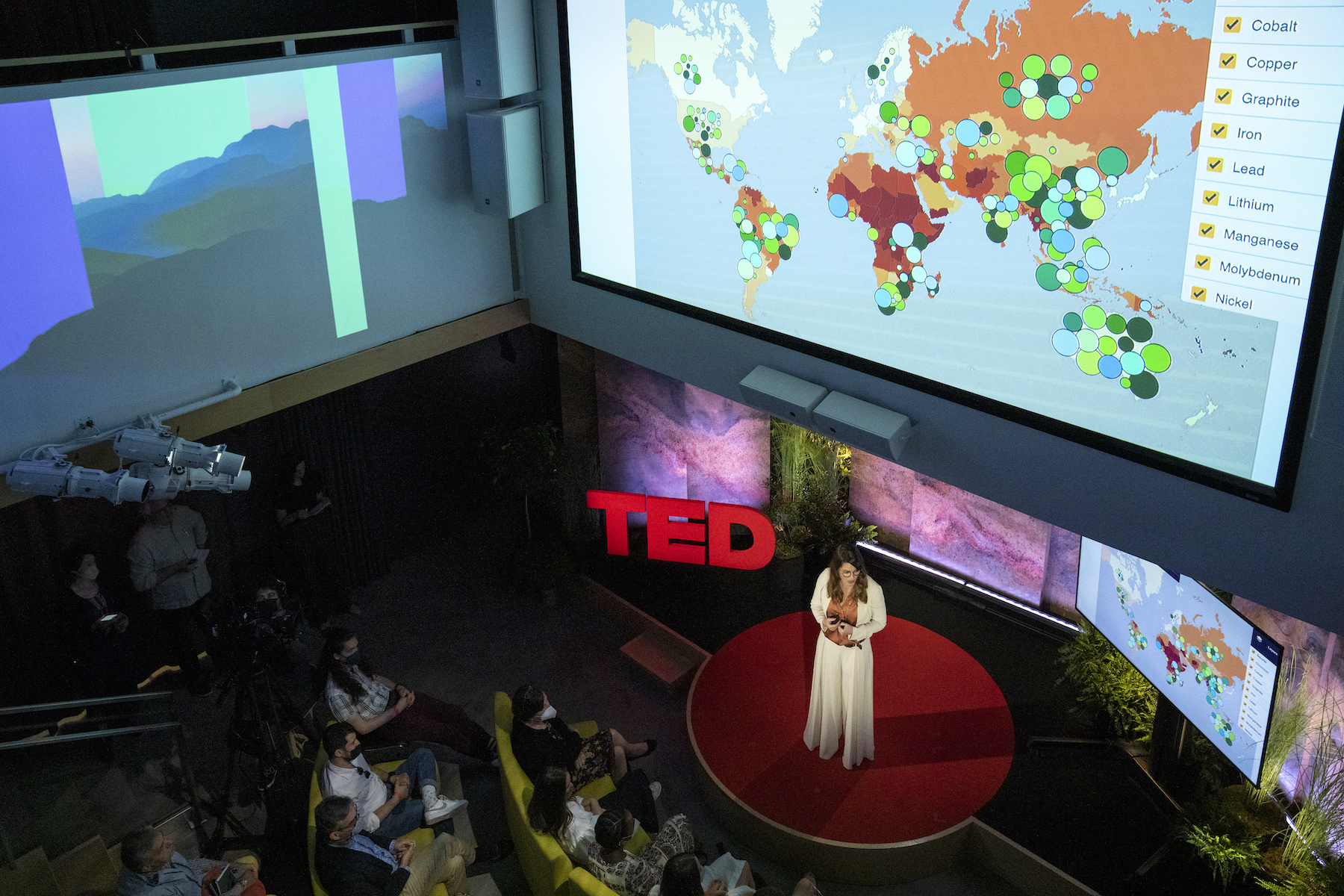 Big idea: A fossil-fuel-free future is crucial to world peace and the resolution of future conflict, and renewables are the path to this future. But they require materials — minerals such as lithium, which must be mined. The countries controlling these resources and their processing (such as China) will find themselves at the center of the global stage.

How? The nations sitting on the natural resources crucial to renewable development are at the epicenter of a new geopolitical reality, as the recent invasion of mineral-rich Ukraine highlights. And while countries in Central Asia, Latin America and Africa could reap great economic benefits from their resources, these resources also put them at risk for exploitation. To avoid this, we must extract resources safely, fight corruption and invest in sustainable economic models. Our ticket to green growth is hidden deep within the environment, Lazard says — this time, let’s make sure we don’t make the same mistakes that got us here. 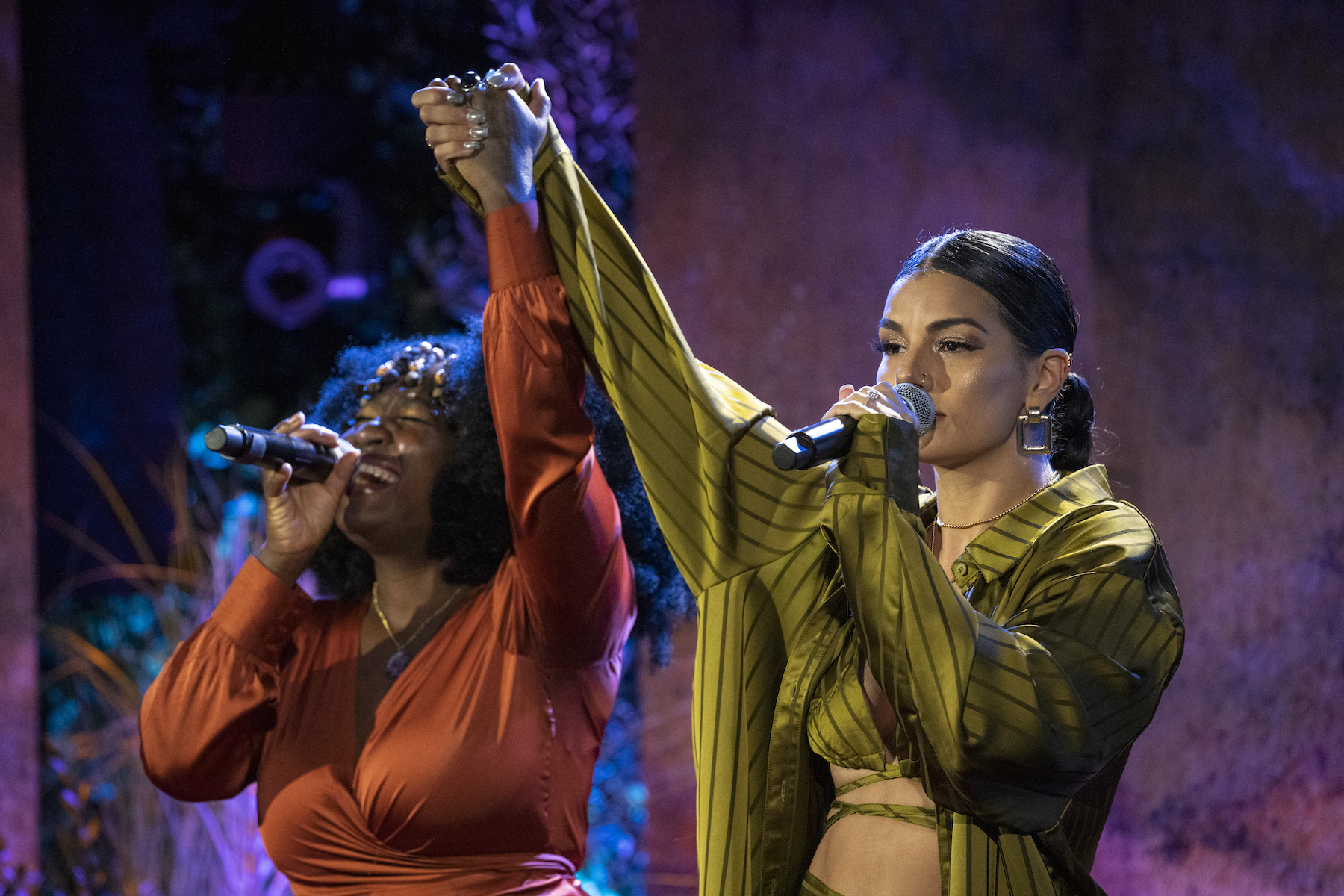 How? The climate crisis is urgent, says Samir Ibrahim, but talking about climate change is generally boring — not to mention depressing. As a climate-positive CEO and a lifelong hip-hop lover, Ibrahim’s got an off-beat idea for inspiring climate action through hip-hop. In 1993, Snoop Dogg’s hit “Gin and Juice” led to a 20 percent increase in sales of Seagram’s Gin (the brand named in the song). Ibrahim believes that future hip-hop artists can do for the climate crisis what Snoop Dogg did for his song’s eponymous mixed drink. He points to the long history of hip-hop artists leveraging their cultural capital to influence society’s views and engagement with topics like mental health and suicide. He says hip-hop can also bring climate vernacular to the masses. As a proof of concept, he invites MyVerse and Kristen Warren onstage to perform their original climate-focused rap. 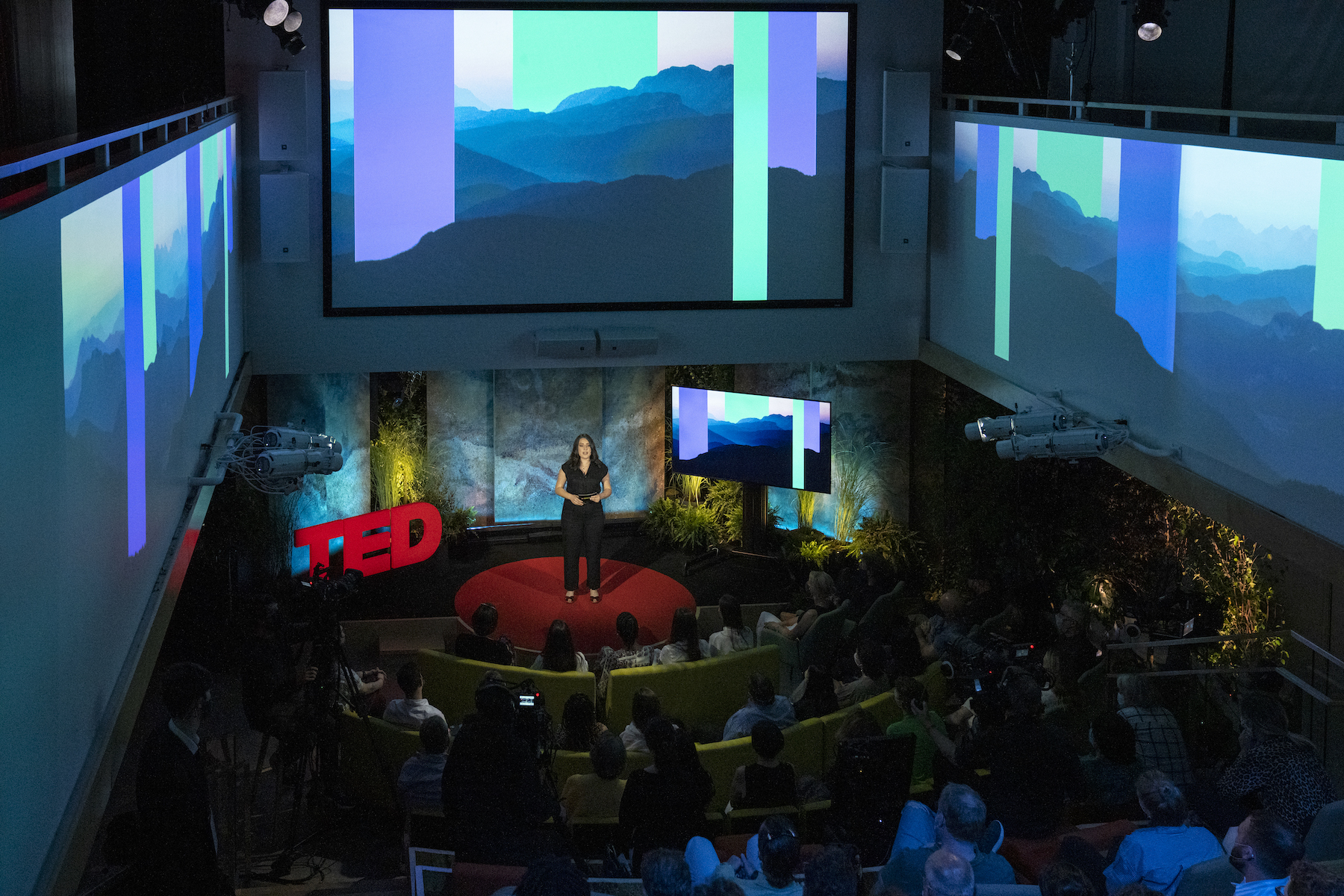 Big idea: Swapping plastic grocery bags for canvas totes won’t solve our plastic problem. If we want to address the climate consequences of producing and consuming plastic, we need to consider plastic as more than a waste management issue.

How? Plastic now touches even the most remote areas of the planet — from the snowy caps of Mount Everest to the deepest sea trenches to unborn babies in the womb. According to Patricia Villarrubia Gomez, the total mass of plastics is now double the total mass of all living animals on the planet. And all of this plastic spells trouble for our planet’s future. Villarrubia Gomez breaks down the consequences of plastic production at every stage, from fossil fuel extraction to the disposal of single-use plastics in landfills, incinerators and our planet’s precious waterways. Even after it’s thrown away, plastic continues to wreak havoc, releasing greenhouse gasses and other toxins. To deal with this staggeringly complex problem, Villarrubia Gomez says, we need to address plastic’s entire lifecycle, including its production, design and disposal. 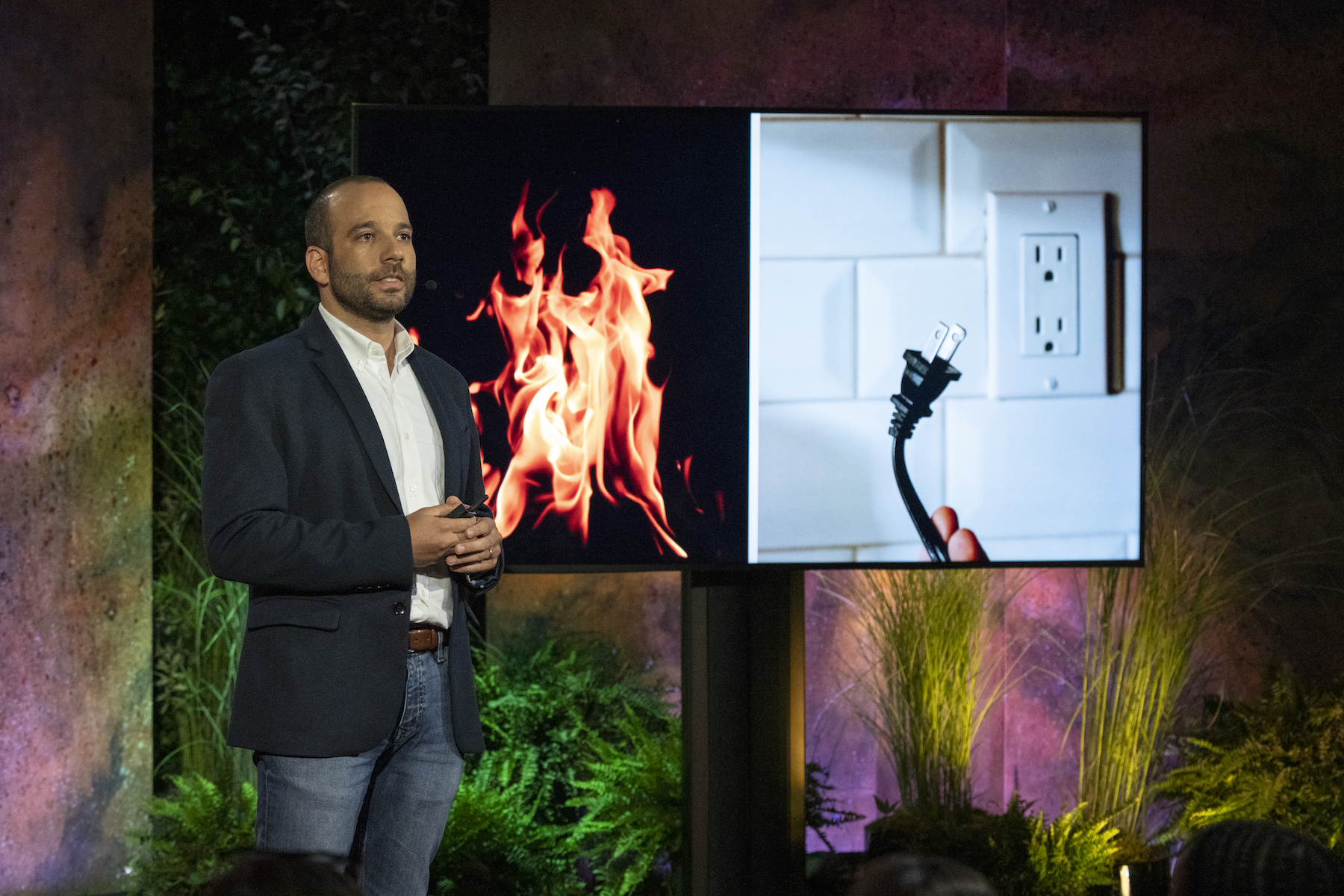 Big question: Modern industry is the foundation of not only the world’s economies but also of the human way of life. Yet without crucial reforms to chemical manufacturing, global industry could be central to society’s downfall. Its massive carbon footprint (and that of the fossil fuels that lie at its heart) has already contributed to the loss of natural wonders such as the tropical glaciers in Miguel A. Modestino’s native Venezuela. How might industry contribute to a sustainable future?

An answer: Modestino’s research team at New York University studies electrochemical engineering — chemical reactions that source their energy directly from electricity, as opposed to fossil fuels. They’re working to develop new reactions that aim to increase efficiency and decrease the emissions impact of chemical manufacturing, supply chains and transportation. These innovations, in tandem with retrofitting chemical plants to run on renewables and sequestering carbon before it hits the atmosphere, could transform not only the chemical industry but also the face of the planet. 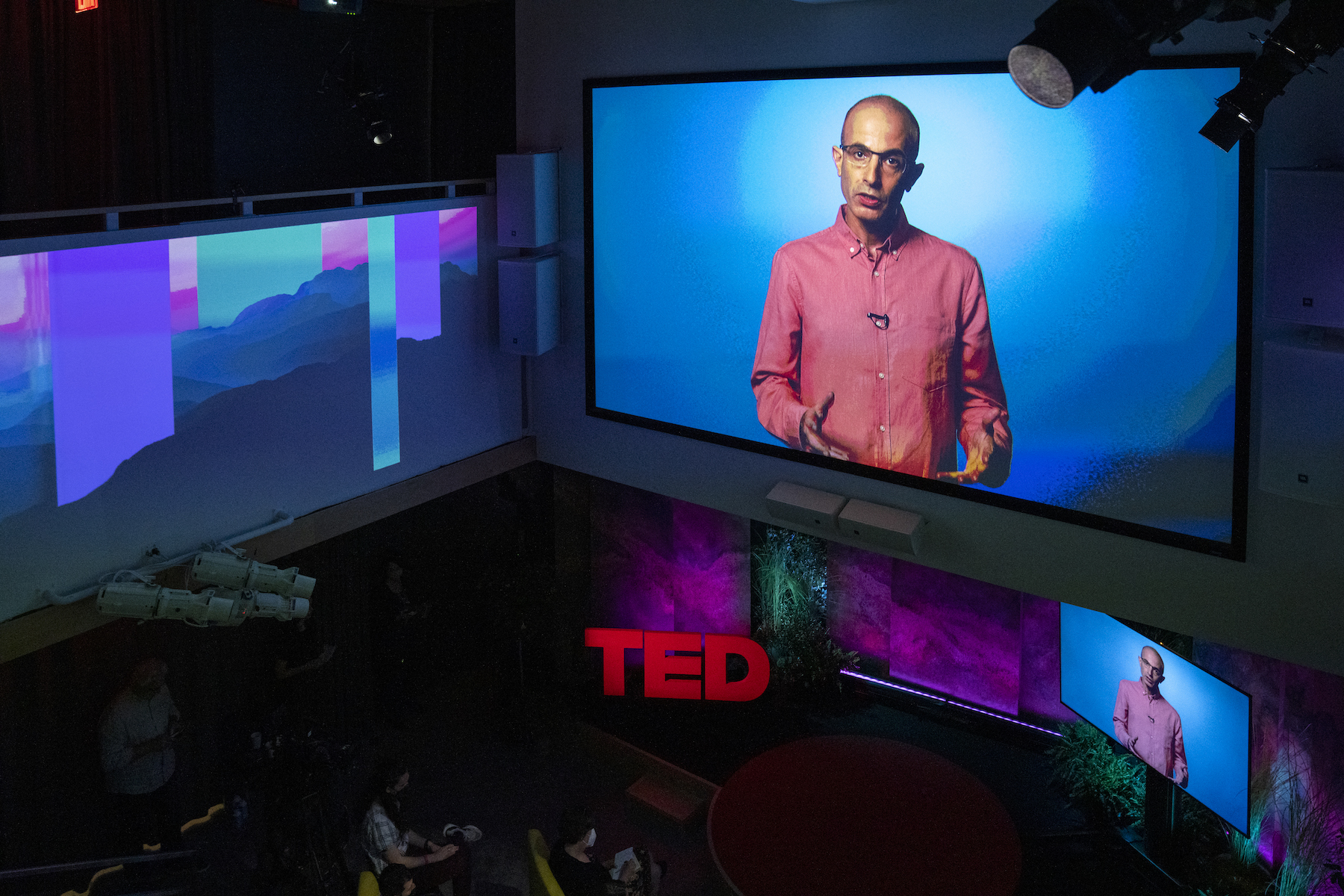 Big idea: Nobody really knows how much it will cost to dodge the worst impacts of climate change. Yet Yuval Noah Harari’s research indicates that humanity might avert catastrophe by investing only two percent of global GDP into climate solutions. In other words, solving climate change will not require major disruption — we just need to change our priorities.

How? Researchers may quibble about the exact number, but the truth is simple — only a small amount of global GDP would be required to avoid the most apocalyptic climate change scenarios. And this money will not be sacrificed, but rather directed towards investments in new infrastructure and energy sources that will not only save the planet but also establish new (and sustainable) vectors of global posterity. A slight shift of political priorities spearheaded by citizens and politicians is all we need to redirect our resources. “As the climate crisis worsens, too many people are swinging from denial straight to despair,” Harari says. “But we should not lose hope. Humanity has enormous resources under its command, and by applying them wisely, we can still prevent ecological cataclysm.” 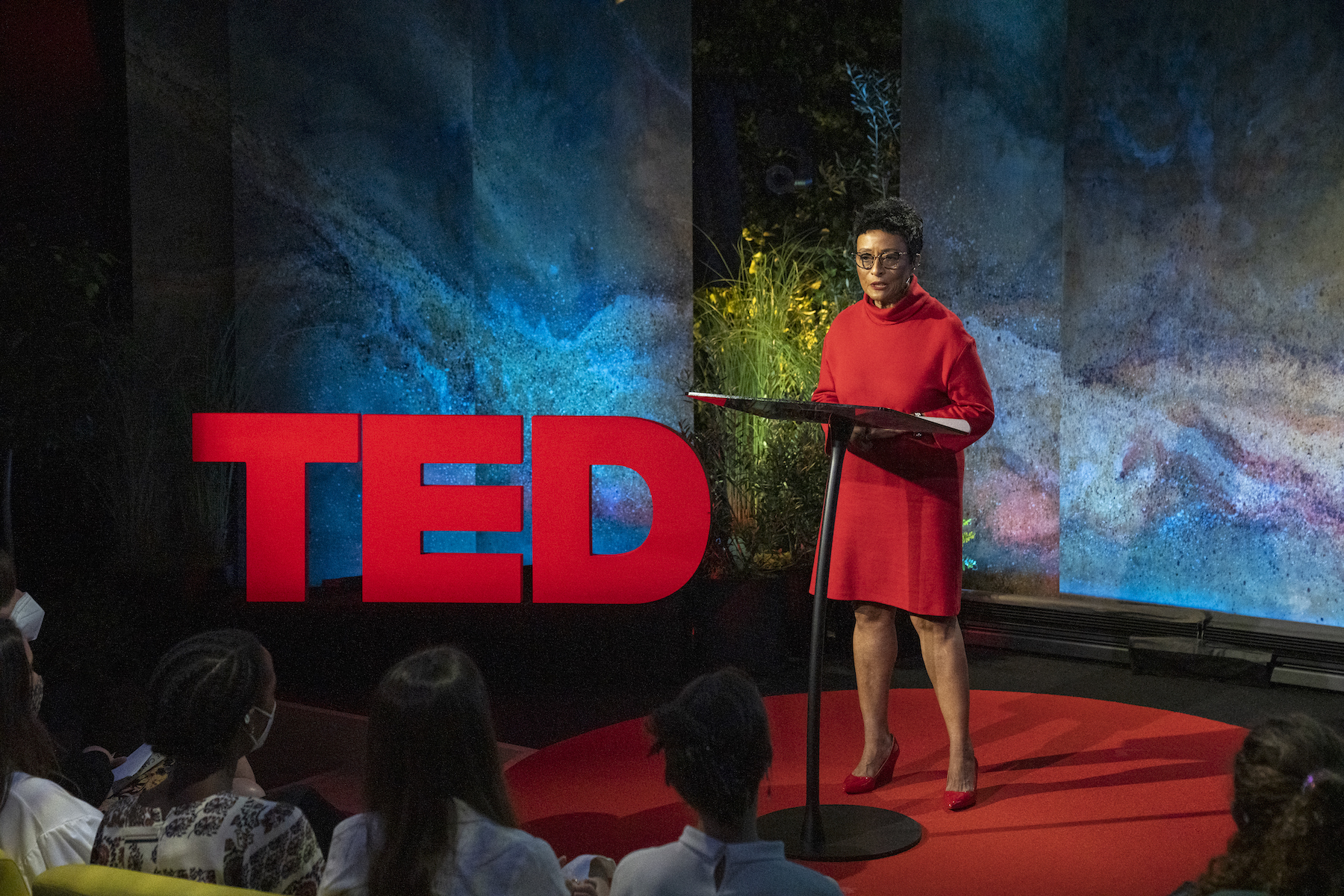 Big idea: To achieve environmental justice, we must address the disproportionate impact of pollution and environmental hazards on Black and brown communities.

Why? Everyone has the right to live in a clean environment, says Peggy Shepard. But in the United States, the complex legacy of racism, housing segregation and zoning laws have long determined where people of color can live. As a result, many Black and brown families often reside in what Shepard calls “sacrifice zones”: communities on the frontlines of pollution and environmental hazards like landfills, incinerators or petrochemical plants. By raising awareness about the health consequences of contamination and mobilizing those most affected, Shepard explains, the environmental justice movement aims to turn high-risk areas into some of the world’s first “green zones.”