Worried People Think You’re Weird? 9 Reasons They May Be Right 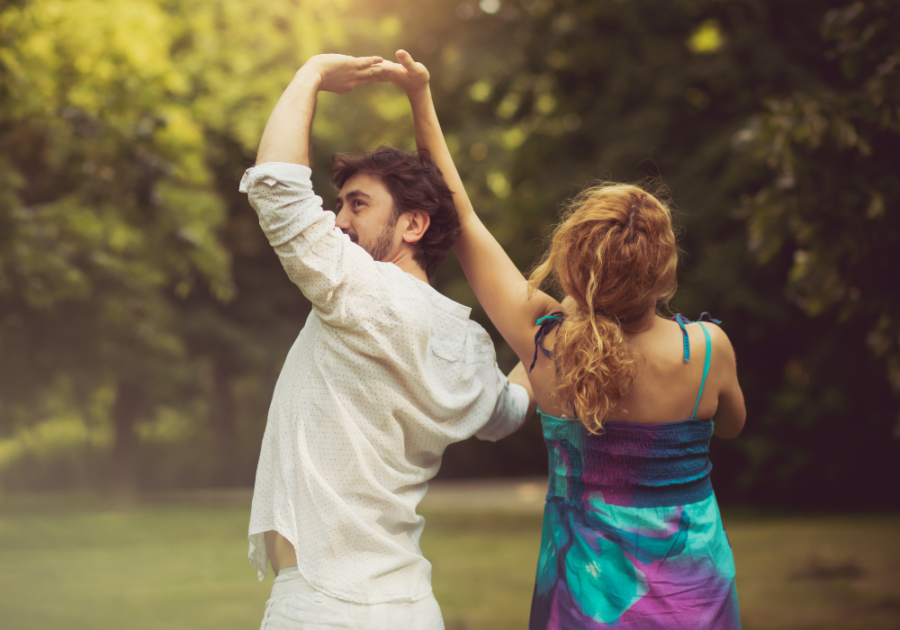 If you’ve ever wondered, “am I weird?” you’re not alone.

We all have our quirks and eccentricities, but sometimes it can be hard to tell if we’re just being ourselves or we’re just weird.

It’s even harder when you feel like you’re the only person who sees the world in a certain way and others don’t seem to understand you.

What Does It Mean When Someone Thinks You’re Weird?

Contents hide
1 What Does It Mean When Someone Thinks You’re Weird?
2 Is Being Weird Attractive to Others?
3 Why Do People Think I am Weird? 9 Possible Reasons
3.1 1. You’re Always the First to Do Something New or Different
3.2 2. You Dress Differently Than Everyone Else
3.3 3. You Have Interests That Aren’t Common
3.4 4. You Like Spending Time Alone
3.5 5. You’re Not a Status Quo Person
3.6 6. You Don’t Live Your Life Based on Societal Expectations
3.7 7. You Have a Dark, Odd Sense of Humor
3.8 8. You Always Speak Up When Uncomfortable
3.9 9. You Embrace Your Inner Child Even in Public
3.10 Embrace Your Weirdo

The dictionary defines “weird” as “strange or unusual.” But what does that mean?

There’s no single answer to this question because it can mean different things to different people.

For some people, being weird might mean you’re outside the norm – you dress differently, listen to unusual music, or have interests that most people don’t share.

For others, it might simply be a matter of not fitting in with the crowd.

Whatever the reason, being thought of as weird can sometimes be a negative experience.

You might be teased or ostracized by peers and have trouble making friends.

However, there are some positive aspects to weirdness.

These folks can stand out from the crowd and are usually comfortable with who they are.

Many of history’s most innovative and creative people were considered eccentric or strange in their time.

Vincent van Gogh was viewed this way during his lifetime, but we now recognize him as one of the most influential artists of all time.

So, if you’re worried that people think you’re weird, it’s important to remember that there are both positive and negative connotations to the word.

Being a little strange is not necessarily a bad thing.

Embrace your inner weirdo – it’s what makes you unique!

Is Being Weird Attractive to Others?

When it comes to dating, many people think it’s essential to be “normal.” But what is “normal?”

Again, this is a difficult question because it varies from one person to another.

Some people think those who are outgoing and social are acceptable, while others might find those qualities to be off-putting.

The same can is true about being weird.

For most people, being different can be tempting for a variety of reasons, such as:

Of course, there’s a fine line between being weird and being peculiar or over the top.

If you’re constantly making others uncomfortable or crossing boundaries, your behavior will probably not be attractive to others.

But if you know how to use your quirkiness to your advantage, being this way can make you more desirable.

Why Do People Think I am Weird? 9 Possible Reasons

You’ve probably been asking yourself this question a lot lately.

Maybe it’s because you always dress in black or you never seem to smile.

Or perhaps it’s that you’re always talking to yourself.

Whatever the reason, review these possible explanations for why people may think you draw far outside of the lines.

1. You’re Always the First to Do Something New or Different

Whether trying out a new trend or starting a new hobby, you’re always the first to jump on board.

And while this can be seen as a good thing (after all, it shows that you’re open-minded and willing to try new things), it can also make you seem different to others.

It’s human nature to stick with the familiar and avoid the unknown.

So, other people feel uneasy when you’re always doing something different.

2. You Dress Differently Than Everyone Else

There’s no such thing as normal when it comes to fashion. What one person considers stylish, another may find kooky or even offensive.

And that’s okay! Fashion is a form of self-expression, and we all have different tastes.

That said, dressing differently can sometimes make you feel like an outsider. People may stare at you or make comments about your clothing choices.

You might even be asked if you’re trying to be different or following a trend. But remember that being different is what makes you special.

Embrace your unique style, and don’t let anyone tell you you’re strange for being yourself.

3. You Have Interests That Aren’t Common

Do you enjoy historical re-enactors, taxidermy, or rock balancing? If so, you probably have interests different from most people’s. It’s easy to feel like you’re the only one on the planet with particular interests.

After all, if everyone around you is into football and you’re into knitting, it can be easy to feel like a bit of an outsider.

But the truth is, there’s nothing wrong with having unique interests, and it can actually be a good thing. It means that you have things you’re passionate about.

And who knows, maybe one day your interests will become mainstream, and everyone will wonder why they didn’t get into them sooner.

So don’t worry about being the odd one out; embrace it and let your unique interests shine.

Spending time alone goes against what most people consider conventional. Society tells us that we should be around others as much as possible and that being alone is unnatural.

That’s why so many people are uncomfortable with silence and need to fill every moment with noise.

But if you enjoy spending time alone, it doesn’t mean there’s something wrong with you.

There are many benefits to spending time alone. It gives you a chance to reset and recharge, reflect on your life, and connect with yourself more deeply.

So if you’re happy spending time alone, don’t let anyone tell you that you’re strange. You’re not. Introverts make up 25% to 40% of the population, so you’re in good company.

58 Fun Facts About Yourself That Everyone Wants To Hear

75 Weird And Random Things To Say To Entertain Your Friends

5. You’re Not a Status Quo Person

So what? You don’t need a job to be happy. You don’t own a house, a car, or anything else that society tells you is the key to success. You even quit your 9-5 to pursue your passion.

Why? Because you know that life is too short to waste doing something you don’t love. And even though people may think you’re peculiar for not following the status quo, you couldn’t be happier with your decision.

We are all programmed from a young age to believe that certain things will make us happy. But the truth is happiness comes from within. It’s not about what you have or do; it’s about how you feel about yourself.

If people think you’re off because you don’t care about the same things they do, that’s okay. You’ll always be happy if you live your life on your own terms. And that’s the best way to live.

6. You Don’t Live Your Life Based on Societal Expectations

Based on societal norms, you should be married by a certain age, have kids, and own a house.

You should also go to school, accumulate student loan debt, and then get a job to repay that debt. And you should do all of this by the time you’re 30!

But you’re almost 30 and single. You don’t even want kids. And you could care less about owning a house.

All you want to do is travel the world, work remotely, and live a nomadic lifestyle. So, you don’t care about societal expectations one bit. And people find that unusual.

Who cares if people think your choices are strange? You know that you’re happy living your life the way you want. And that’s all that matters.

7. You Have a Dark, Odd Sense of Humor

You know that dark and twisty sense of humor that you have? The one that only a select few people seem to get? Sure, most people don’t find it funny and think you’re a bit bizarre.

But you can’t help it. It’s just the way your brain works. You see the world differently, and as a result, you find the most inane things humorous.

8. You Always Speak Up When Uncomfortable

Have you been called a “smart mouth” for simply stating the obvious? You’re not afraid to ruffle feathers or make people uncomfortable by speaking your mind. Sometimes you get a kick out of it.

Let’s face it, most people are too worried about what others think of them, and they censor themselves accordingly. We are taught from an early age to be “polite” and to “go with the flow.”

Did someone make a sexist joke at work? Or maybe your boss just said something inappropriate. Most people would laugh along or keep their mouths shut, but not you.

You feel compelled to point out how wrong it is and speak your truth. Good for you. The world needs more people like you who are unafraid to stand up for what’s right.

9. You Embrace Your Inner Child Even in Public

Adults tend to grow out of their childhood antics, but not you. You’re still that person who talks to animals, makes silly faces in public, and laughs at your own jokes (even when they’re not funny).

It’s one of the things your devoted tribe loves most about you.

You’re not afraid to show your silly side, even when you’re out and about. You know that life is too short to take everything so seriously.

And people who can’t appreciate your childlike sense of wonder are probably just boring anyway. Who wants to be friends with a party pooper?

If people think you’re weird, it might be because you’re an exceptional, unique individual. And that’s not a bad thing.

Accept yourself and let your freak flag fly. Chances are, the right people will find your weirdness charming.